“It should appeal especially to Jewish history buffs.”

Jonathan Gruber (“Follow Me: The Yoni Netanyahu Story“) directs and writes this unique history documentary, that uncovers little known facts about the involvement of Jewish soldiers in the Civil War. It should appeal especially to Jewish history buffs.

It chronicles the little known story that during the Civil War 10,000 Jewish soldiers served in the army (7,000 for the Union and 3,000 for the Confederacy).

Even Mark Twain was surprised, and when he found out recanted his previous condemnation of the Jews for unwilling to fight for their country.

It’s narrated by Oscar-nominated screenwriter John Milius. Sam Waterston is the voice of Abraham Lincoln.Of note, there were some Jewish slave owners, while others were abolitionists.

It tells of Ulysses S. Grant’s infamous anti-Semitic “General Order No. 11” expelling Jews from Kentucky, Tennessee and Mississippi (overturned by President Lincoln three weeks later); that Sephardic Jew Judah P. Benjamin, a senator from Louisiana, became Secretary of State of the Confederacy; about the imprisonment of Confederate spy Eugenia Levy Phillips; and the story of Abraham Lincoln’s Jewish foot doctor (Isachar Zacharie) who moved through the South as a Union spy. Acts of Jewish heroics in the battlefield are noted (Leopold Karpeles was one of 5 Jewish Congressional Medal of Honor winners).

Simon Wolf, a Washington lawyer, head of that city’s B’nai B’rith, in 1895 published a book entitled The American Jew as Patriot, Soldier and Citizen, which was the only such one listing the names of the Jewish Civil War soldiers and stories about their war activities.

The well-produced documentary uses voice-over narration, archival still photos, illustrations, documents and letters, along with interviews by experts and descendants. 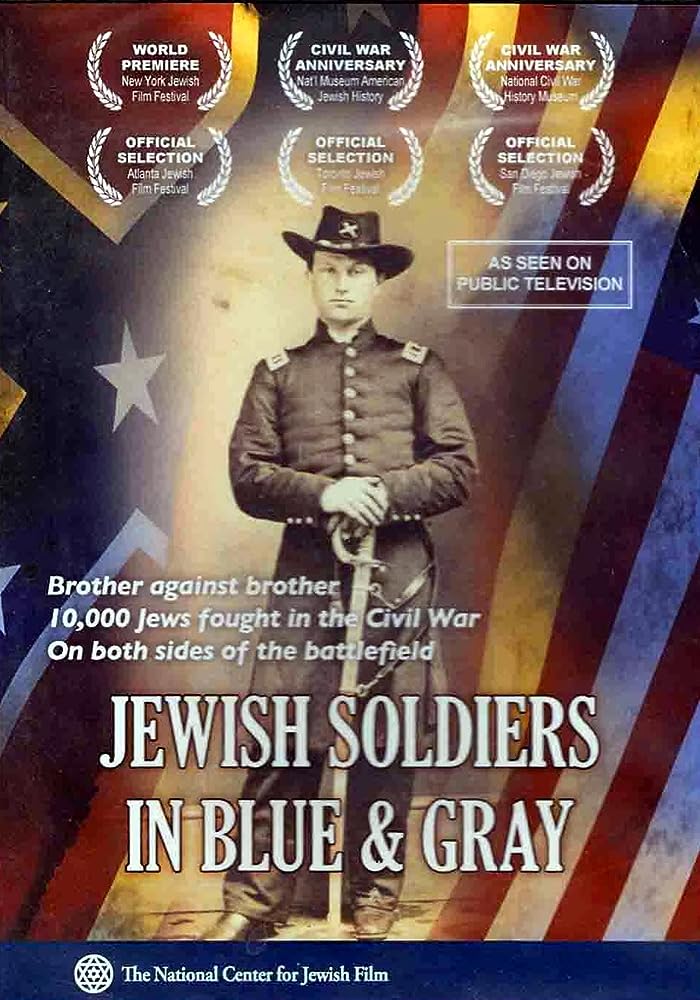