“Turns out as bad as the star’s recent string of dreadful films except for the fascination to look at it as one would a car crash.”

The Muscles from Brussels, an aging has-been superstar of macho action films, Jean-Claude Van Damme, plays himself, JCVD, in this self-deprecating personification that devalues the star’s movie career, his personal life, his martial arts skills and his image as a movie icon. There’s no way the oddball curio film would have been made in the 1990s, when Jean-Claude’s star was shining bright and he was hailed as a bankable legendary international star. But all Jean-Claude’s recent releases started going straight to DVD, and the star needed a comeback film to get rolling again.

Young French director Mabrouk El Mechri (“Virgil”) shoots it as satire, that looks at the man behind the legend. It’s based on an original idea by Frédéric Taddeï and Vincent Ravalec, and is written by Frédéric Bénudis and Christophe Turpin.

JCVD returns to visit his parents in his working-class small-town birthplace, just outside of Brussels, after losing his adolescent daughter in a bitter custody fight with his ex-wife in Los Angeles. The luckless star finds himself in the middle of a robbery and is taken hostage in the post office with others by three gun-toting thugs, and is threatened by the ringleader (Zinedine Soualem) to play ball or else. To make matters worse, the oily chief of police (François Damiens) suspects the broke star (all his money gone to pay his lawyers) is the leader of the robbers and negotiates with him over a dangerous hostage situation that gets further out of control because of all the attention JCVD is receiving from the crowd of pro-Jean-Claude onlookers. JCVD finds he must resort to his Hollywood acting experience to get out of this pickle (he also must try and act, something few of his movies ever required of him).

The aim of the film is to explore both the star’s screen personality and his one in real-life, and see how he’s trapped in both from his ridiculous image as a mega-star macho icon. There are a few funny moments revealed in flashback (my favorite being at the custody trial his killer kickboxing action moves in the movies are used against him in the custody trial, to show his bad character).

The pic’s problem is that the robbery scenario becomes the whole overlong pic, and the novelty joke of who is the real Jean-Claude wears thin soon after the great opening Touch of Evil imitation long take of a street scene in Brussels. The most strange scene has JCVD deliver a long, whiny, self-pitying but earnest six-minute confessional monologue about his life failures, as the former superhero star has trashed himself better than even his worst enemy can; but he delivers the self-serving monologue in the hopes it can generate new interest in his career for those who see him sympathetically in a different light. With JCVD viewing himself as a schlub, I found it hard to relate to him as his former invincible fighter image in the Universal Soldier and wasn’t too thrilled with this new questionable makeover image.

In some ways this is a fascinating film because it’s so goofy yet takes itself so seriously, but ultimately it turns out as bad as the star’s recent string of dreadful films except for the fascination to look at it as one would a car crash. 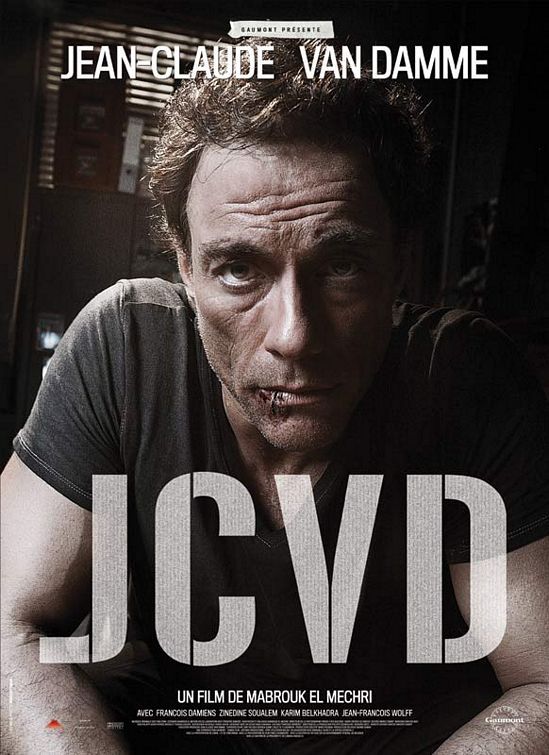