JACK SMITH AND THE DESTRUCTION OF ATLANTIS

“Depicted as the uncompromising artist who went to the grave for his art.”

The biopic on Jack Smith is the debut directorial film for Mary Jordan, who makes good usage of rare archival footage, snippets of rarely seen films, audio recordings, using varied pioneering talking heads involved in underground film and photographs to tell the story of the hardly remembered today enigmatic, notorious and influential gay NYC’s underground filmmaker, photographer and performance artist. Jack Smith’s innovations inspired Andy Warhol and Federico Fellini, among numerous underground figures. In fact, it was said everyone stole from Jack while he remained the pure artist, refusing to do the commercial things needed to get his films shown in theaters and thereby was always broke and unable to have even his shoestring-budget films funded. Jack completed only one film, “Flaming Creatures,” his Blakean masterpiece, but it had limited showings because of Jack’s poor business skills and it was censored.

The legendary groundbreaking eccentric filmmaker (1932-1989) died of AIDS. His rants against capitalism, his obsession with 1940s B-movie actress diva Maria Montez as his ideal woman and his making ‘superstars’ of freakish outcast characters, endeared him to the East Village crowd and to other free-spirits taking advantage of the revolutionary times to support the counter-culture movement and art as camp.

Born in Ohio but growing up in Texas, Jack came to NYC in the 1950s and opened up a portrait-photography studio. Jack delighted in getting his customers to pose in daring erotic costumes and his portraits, looking like movie publicity photo stills, gained fame for being chic examples of the avant-garde. By 1961 Jack transferred his energies into making underground films, and made Flaming Creatures by 1963. It had a cast of mostly drugged-out cross-dressers interacting with one another in pornographic ways and made a statement that art was free and for everybody to enjoy. As John Waters says, showing dicks on screen got it banned in 22 states.

The temperamental artist, never at peace, felt he was being used by underground insiders like Jonas Mekas to suck the art out of him and that he was exploited as they made money off his work without returning money to the artist who made the film. Jack also was incensed that his ideas were ripped off by the likes of Andy Warhol, and that brought out a hatred in him that prevented him from ever again completing a film again. He turned to running a weird performance art theater in his loft and also attempted several films including the uncompleted “Normal Love.”

In this respectable documentary, Jack is depicted as the uncompromising artist who went to the grave for his art–the one who deserves recognition as the real anti-establishment figure, who was the original King of the Underground.

The Atlantis in the title is derived from the Maria Montez film, Siren of Atlantis, as Jack used the term to be a metaphor for his ideal world where everyone could be free to live their own lives and seek a utopian happiness. 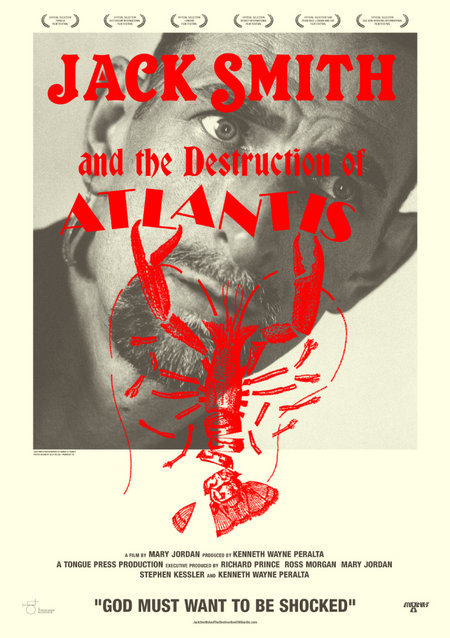