Dreary exploitation melodrama shot in b/w, that goes out of its way to show us all the bad folks who miserably treat midgets as freaks. It tells of a long-faced pained midget pining for love and acceptance in the normal world, who is constantly humiliated. William Castle(“The Tingler”/”Macabre”/”Homicidal”) sluggishly directs and co-writes with Otto Schreiber this clunker. Real-life radio DJ Paul Dale carries the film as the troubled midget Harry Musk, and is the only decent thing about this small film.

When Harry Musk stops growing after age six, his well-meaning but misguided widowed father (Will Geer) home schools him at 12. Dad wishes to protect his sensitive kid from the taunts of the bullying school children and shelter him from the cruel world. The father orders Harry to never leave his rural California farm house and, to the bitter frustration of Harry’s 16-year-old sister (Shirley O. Mills), no visitors are allowed. At 21 Harry escapes his imprisonment to join a carnival, but soon escapes that worse fate when the boorish boss (Tom Brown Henry) turns out to be an insulting jerk. Harry hitches a ride with a trucker (Paul E. Burns), who thinks he’s a runaway child, and in a big-city park meets the nice guy ex-soldier Sam (Todd Karns). Sam treats him with respect and mentors him as a shoeshine boy in the park. Harry subsequently falls for the normal-sized Buttons (Lorraine Miller), his heartless low-life criminal tenant neighbor. But she’s only interested in taking the midget into her criminal gang so he could be a valued pickpocket. When she spurns him and laughs at the thought of her falling for a midget, Harry turns himself into the law and rats out the gang. The judge (Stephen Chase) is sympathetic and sends him to a good circus in Florida, where Harry marries a woman his same height (Anne Sholter). Supposedly they will live happily ever after, as he now fully accepts who he is. 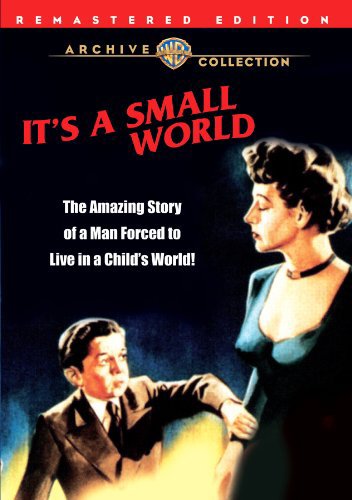