Two things could be said for sure about this movie, which uses mostly nonprofessional actors: 1) it is disturbingly romantic. 2) it is inconclusive. It tells a nonlinear, fantasy story, and it does so by stunning visualizations that capture the moodiness of an outcast boy and a girl who are living in the beautiful French Riviera region of Côte d’Azur. It stylishly reflects the angst of the two passive loners who are prone to violence, boredom, sex, alienation, and theft. There is no telling narrative to sink one’s teeth into, but the visceral images and the emptiness of the youth’s quest are fully explored in an original way by the first-time director Manuel Pradal.

Metaphors abound, so much so that one could overdose on all the intended poetical images and still not find much to sate one’s hunger for what this film is ultimately about. It starts off by making the beautiful landscape (ocean vistas and richly adorned hills) a metaphor that contrasts with the ugly souls of all the young people.

The landmark rising out of the water from two million years ago in the Baie des Anges becomes the film’s main metaphor. The bay near Nice has two spurs of jutting rocks called angel wings that are shaped like shark fins — which have deterred invaders from coming ashore throughout the centuries, as their ships get shipwrecked when navigating on these waters. Also, once a year, the custom used to be that a child had to be sacrificed to appease the Gods. If you want something that is predictable about this unpredictable film– you can bet your popcorn money that before the film is over some innocent kid will get his undeserved comeuppance.

If you want to read some politics into this film you might say that the director was using the local American Navy base as a metaphor by showing the mixed reaction from the locals. Pradal tried to show the local negative reactions to the base as coming from a lack of trust by each side. The French locals are viewed by the Americans as being thieves and dirty juvenile delinquents; while the locals view the sailors as violent, filthy rich, disrespectful abusers of their local girls, and unable to speak French fluently.

Marie (Vahina Giocante-a professional ballet dancer-in the Opera de Marseilles) is the troubled 15-year-old girl who is fascinated with picking up American sailors at the local Navy base, despite some of the apprehensions she has about their sexual aggressiveness. Orso (Frederic Malgras-a nonprofessional actor) plays the troubled 17-year-old, who is seeking a gun and is cast as a marginalized local troubled youth, more or less a loner. He falls for Marie and goes on a strange and empty romantic idyll with her.

The pair seem suitable for each other, as their desperate lives keep intersecting and the two misfits continually pull each other out of their awful predicaments. Nothing is told about their family history and where they come from. They have no conversations. It is as if they came out of nowhere and are only figments of our imagination. The mystery about them, gives them a Camus-like sense of existentialism.

Marie is seen erotically dancing in front of the sailors and then again in front of a boat owner and his son, where she distracts them so that Orso could steal their boat. The odd couple use the boat to go on a picnic together.

Orso lives by robbing houses. While Marie has been rejected by the locals for choosing to go after the sailors, who lure her with their money and forbidden sex and by taking her to nightclubs. But the sailors reject her after having sex and brutally throw her away, and call her a whore.

The point of the story is, that these two losers have found each other and want to share their disturbed lives together without judgment. Aside from being a stunning film to watch, the film’s overall view has a pessimistic attitude toward youth.

The film remains problematic; I could hardly remember the main characters just a week after seeing the film, only remembering how alluring Vahina Giocante was and how beautiful the South of France looked. 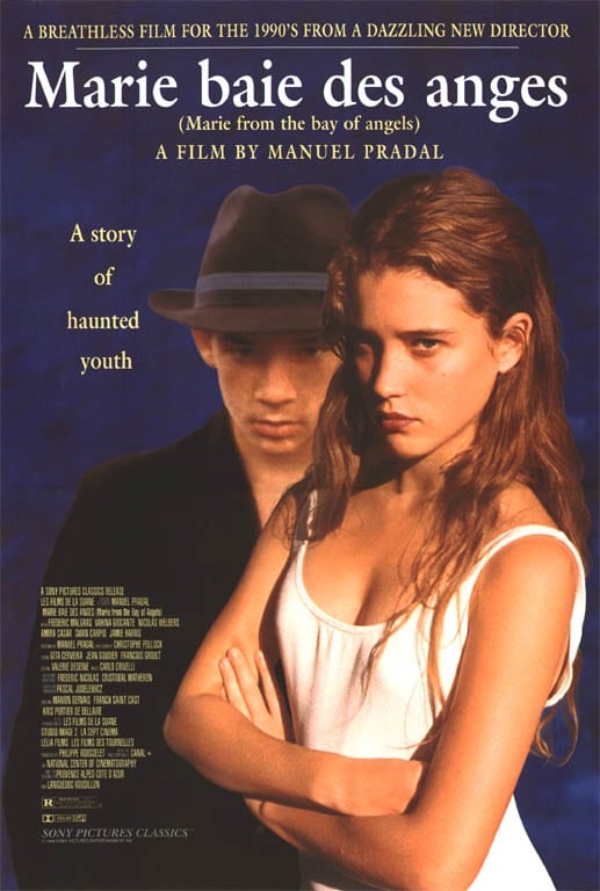