“A cheesy superhero flick that I hope was more fun for the no-name cast to perform than it was for me to watch.”

A cheesy superhero flick that I hope was more fun for the no-name cast to perform than it was for me to watch. It’s the kind of campy film that demands a party-like audience of frat boy wise guys, drunks, juicers, pill splitters, and the usual crazed punk rockers to do it justice. Unfortunately I watched it on DVD as a middle-aged sober critic (certainly not part of the demographics that would find Thor and his heavy metal fantasy music appealing) and I had the sinking feeling I was in a rock ‘n’ roll nightmare that would never end.

It comes with a murky plot about a dude called the Intercessor who returns after a twenty year absence to save the world from Zompira, Lord of the Undead, and Mephisto, an evil sorcerer from Hell. These two rivals battle to control the world. Mephisto attacks earth by trying to corrupt the soul of Laura, a small girl who is pictured as the model of innocence. Zompira goes after college co-ed sweetie Julie, whose kindness to a crippled comic book illustrator Harry makes her a marked woman. Harry’s living as a recluse in the basement of his relative guardians, who have been turned into flesh-eating zombies. Harry’s head trip leads to a final showdown between the forces of good and evil.

Not much of a story, the acting as one would expect in such a low-budget indie was amateurish, and the music (the reaon for catching the flick) didn’t rock my boat. 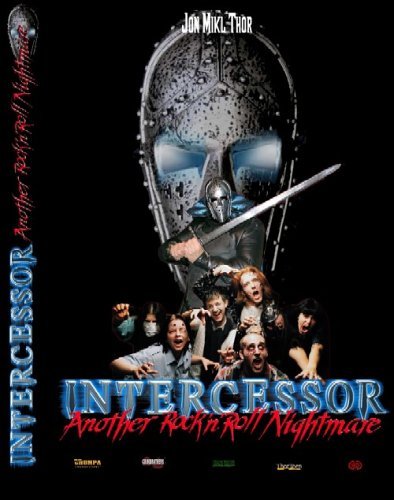