A thoroughly enjoyable detective story directed by Claude Chabrol, covering ground the director is very familiar with from his previous successes with this kind of a mystery story. Inspector Lavardin (Jean Poiret) arrives in this small provincial town to investigate a murder of a prominent dead man found on the beach with PIG smeared on with lipstick across his naked backside.

The director is in a playful mood and builds a crime scene around kinky characters, hypocrites, lowlifes, and druggies, as he parodies bourgeois life. This is Poiret’s second venture into police investigation, he also did it in Chabrol’s 1984 Cop au Vin. The film starts with a surprise and ends with a debatable moral ending to the murder case, which is geared to be pleasing to the audience’s sense of what is right rather than one that follows the law. The inspector will deem it necessary to act as cop, judge, and jury.

The inspector, a rough imitation of Sherlock Holmes, is given a local policeman to escort him around and assist when needed, Vigouroux (Dumeniaud), who is affectionately called Watson by Lavardin. Poiret is superb as Lavardin, his dry wit and the persistent way he carries out the investigation sets the film’s laconic tone, setting up the bizarre turn of events in a magnificently comic fashion.

Lavardin’s first surprise is when he comes to the wealthy home of the victim’s widow and it turns out to be Hélène Mons (Bernadette Lafont), an old flame of his from some twenty years ago when he was a hoodlum and she refused to marry him. He first views her when she is behind the glass partition of the house, which gives him a chance to see her with a clarity that mirrors the way a murder investigation is looked at. He uses the excuse that he is here on police business to ask the questions and not answer anything about his private life, while he probes the life of the loved one he still cannot forget.

Also living at the house are Hélène’ brother Claude (Brialy) and 13-year-old daughter Véronique (Clair). Hélène tells the inspector that this is the second husband of hers that got killed; the first, Pierre, she loved dearly, and that he died in a boating accident. Her current husband Raoul Mons (Dacqmine), she detests. She married him because of debts that Pierre incurred and that when Raoul paid them off, she made an arrangement with the priggish and Bible quoting zealous Catholic to get married. They sleep in separate bedrooms, as he only insists that their outward appearance give others the impression that they are a perfect couple.

Claude mentions how after seven years of marriage, his wife died and now he is the gay widower. It turns out that he means gay, in the sense that he now likes only men. His hobby is creating painted sculptures of eyes. While Véronique, the same name Lavardin would have chosen for a daughter if he had one with Hélène, is a spirited young girl who is very close with Uncle Claude. The uncle covers for her while she goes out night clubbing, hanging out with druggies, and having a secret boyfriend. Her regal mother is very protective of her and blindly trusts her brother Claude to look out for her.

The initial murder suspect falls on someone from a theater group putting on a blasphemous play entitled “Our Father Which Farts in Heaven.” Their play was banned when a group of concerned citizens asked Raoul to go to his friends on the town council. But the inspector picks up a hotter lead for the murder and goes on the trail of Max Charnet (Bideau), who owns a nightclub where drug pushers carry on business and underaged teens are allowed in and are served alcohol drinks because he has paid off the police and the town council to look the other way. Max’s favorite expression is, “That life is absurd.”

The inspector also discovers that Raoul is a hypocrite, leading a double-life, as he regularly attends Max’s club and is involved in a drug ring and in procuring girls. When the inspector finds that Max rented Raoul a secret apartment, he begins to focus primarily on Raoul’s activities in the apartment.

Another suspicious guy in the investigation is a weird, disheveled young man always hanging around Claude, Francis (Gibassier). He, it will turn out later, is not a “faggot” as the detective first thought but a blackmailer, which adds to the many twists in the story. Chabrol loves to tell about the secret lives his suspects are living.

Chabrol’s use of eyes as a motif could be construed to mean how narrowly each character sees himself, as everyone who is a suspect seems self-absorbed.

This is a purely entertaining film, showing how absurd life really is. The joy in the film is expressed best through: the dreamy performance of Lafont; the spry and eccentric performance from Brialy, who was first in a Chabrol film some thirty years ago; and, from Poiret’s strongly understated performance, holding back his feelings by letting his action do the talking. This is Chabrol at his most playful, which offers some surprises, shocks, and amusement. 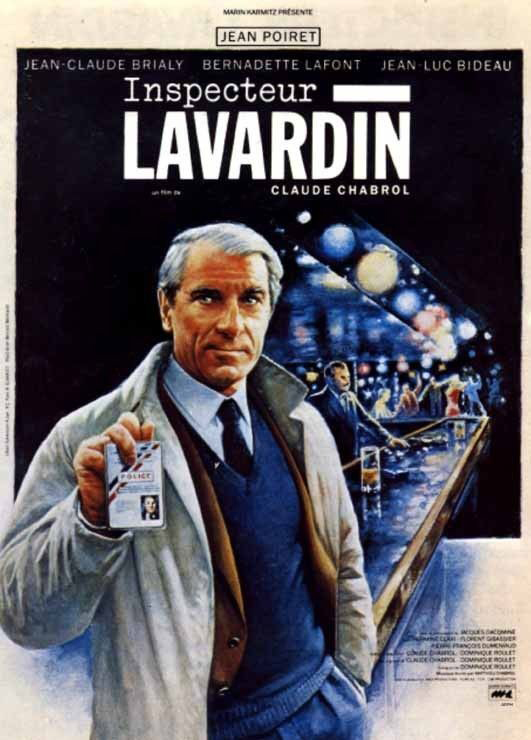