“A powerful documentary on a miscarriage of justice over the deaths of two FBI agents on the Pine Ridge reservation on June 26, 1975.“

A powerful documentary on a miscarriage of justice over the deaths of two FBI agents on the Pine Ridge reservation on June 26, 1975. Executive producer Robert Redford is the narrator, who has been a long-time advocate of the convicted Indian’s innocence. It’s British director Michael Apted’s (“35 Up”/”Coal Miner’s Daughter”/”Lipstick”) follow-up to the fictional Thunderheart in 1992, that told about the violence in the same South Dakota area between traditionalists and government supporter Indians, extreme Rez poverty and government neglect of Indian affairs. This film reconstructs the factsas if it were a procedural crime drama; it also lays on us the historical clouds that hang over that Rez following the civil rights protest two years earlier by Indian activists of AIM (the American Indian Movement). They demonstrated for Indians to get compensated for the slaughter at Wounded Knee by the 7th Cavalry and to be compensated for all the broken treaties in the past. The demonstration ended in a stalemate with the FBI, it continued to leave the Rez neglected, with alcoholism still rampant and the tribal leaders were viewed by the activists as government puppets who had heavily armed goon squads offer vigilante justice to protect only their own interests. As a result there were over 60 unsolved murders during that period and all were of Indian traditionalists. That left the traditionalist community wary of strangers coming into their compound, especially if waving guns or entering with speeding cars. In that hostile climate, the tragic incident at Oglala took place.

This violent true incident has two inexperienced FBI agents, Jack Kohler and Robert Williams, enter the Jumping Bull compound, where the activists dwell, on the Pine Ridge Indian Reservation at Oglala, S.D., in hot pursuit of Jimmy Eagle, who was wanted for the theft of a pair of cowboy boots. After a firefight with supposedly a group of American Indian activists, the two agents — and one Indian — were dead. No murder charges were filed against the agent who killed the Indian. Afterwards a complex court case followed. In one trial in Cedar Rapids ‘Dino’ Butler and Bob Robideau were given a not guilty verdict in their self-defense argument. In 1976 the third Indian murder suspect, Leonard Peltier, was extradited on a false affidavit provided by a woman, Myrtle Poor Bear, who didn’t know Peltier but was squeezed to say she was his girlfriend by the FBI under threats and thereby changed her original affidavit saying she didn’t know him and gave a damaging testimony that Peltier was at the crime scene. The Peltier trial was held in 1977 in North Dakota, as the FBI rigged evidence, intimidated a number of witnesses, abused their power and this time had a favorable judge who took the FBI position on every move they made. The result was that the probably innocent Peltier was convicted and sentenced to serve back-to-back life sentences for the murders.

Many questions remain unanswered, such as a Mr. X who in 1989 confessed to other activists that he was the killer but has not revealed his identity to the public or to the law, why the Rez is still considered the poorest one in the country, and what has happened to the crooked tribal leaders and their goon squads who get a pass from the FBI to carry out their illegal activities. Despite these slight gaps in coverage, this gripping and detailed film presents sufficient evidence to warrant a re-examination of Peltier’s case by someone in power like the President or one of the senators from South Dakota. The film strongly suggests that the Indians on the South Dakota Rez are still in pain and that the FBI, in its rush to judgment, unjustly made Peltier a scapegoat even when knowing they only at best had questionable circumstantial evidence. 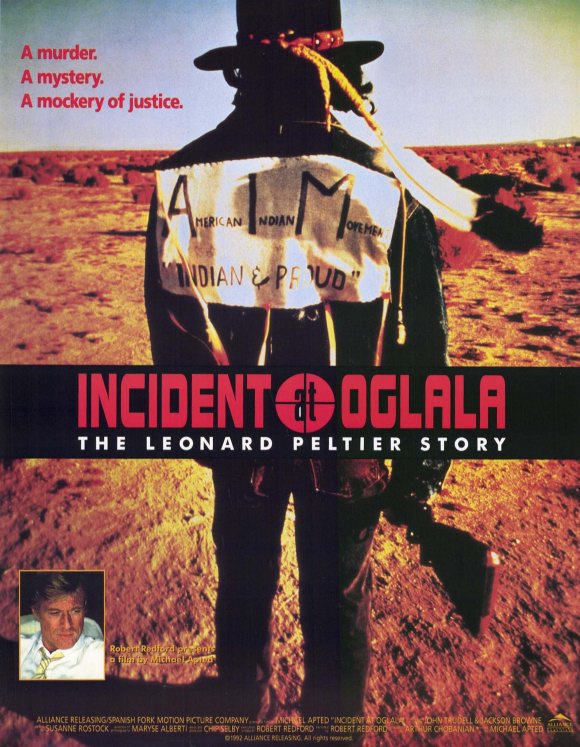 A LOVE SONG FOR BOBBY LONG