“… was unimpressed except for the performance of Theresa Russell.”

I saw this cop thriller on an impulse against my better judgment and was unimpressed except for the performance of Theresa Russell. It’s helmed by former actress Sondra Locke (“Ratboy”), a Clint Eastwood protege, with a stylish flair for dramatics. Ms. Locke seems bent on proving she can make a popular mainstream film that sails along on cheap thrills, slick action scenes and fetching but mindless improbabilities.

Theresa Russell plays Lottie Mason a burned out LA narcotics cop who doubles as a sexy undercover decoy hooker for the vice squad. Blondie Lottie patrols the dark streets in skyscraper heels and a leopard-skin mini, revealing to the would-be johns and the viewer all the benefits of her behind. After plugging a perp a bit too hastily and keeping her emotions repressed, our Lottie is forced to see the department shrink. After she tells the shrink she longs to cross the line and actually take the money to experience what it’s like to lose control, the shrink, of course, returns her to duty as fit–reasoning she’s only looking for a nice guy. Things become even more improbable when Lottie is recruited by assistant DA Stan Harris (Jeff Fahey) to make phony drug buys in order to force a low-life dealer into testifying against a drug kingpin the DA is anxious to nail. Lottie also enters into a romantic relationship with the nice guy DA, but wants more than what he can offer. On an impulse, Lottie treks to the nearest bar and for the first time goes with a john to his apartment. Wouldn’t you know it, the guy happens to be the same drug kingpin Stan is after. The dude is soon murdered in the pad, and poor Lottie is left with a dead body and $900,000 in drug money in an attache case. And, she thought she was in a rut before … but she now must explain this! 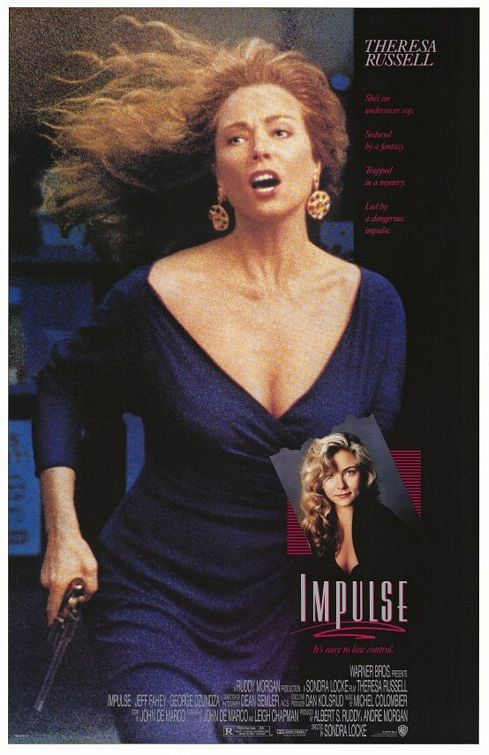