William Beaudine (“Jail Busters”/”High Society”) directs this quickie B film crime drama. It’s written with twists by Martin Mooney, and is based on the story “The Perfect Crime of Mr. Digberry” by Anthony Abbot. The milquetoast wigmaker Digberry (Byron Foulger) is married to an obese woman and has five daughters, all of whom are out of town. Digberry is arrested by officer Murphy (Martin Ashe) for climbing over the wall of a cemetery after midnight. He claims that he is being blackmailed and is following instructions he received by mail to leave $1000 on a certain grave. It turns out that he’s not the only one who got a blackmail letter, signed with a panther’s claw, from the same person–calling himself “The Black Panther.” We soon learn that all the 5 recipients are connected to the same opera company. Police commissioner Thatcher Colt (Sidney Blackmer) and his assistant Anthony Abbot (Rick Vallin) further question Digberry. Consequently the tenor Enrico Lombardi (Joaquin Edwards) also becomes a suspect because he has an erratic and violent personality. When opera star Nina Politza (Gerta Rozan), Digberry’s new neighbor, who recently rebuffed the sexual advances of Enrico, is murdered, Digberry becomes the prime suspect. In the vic’s grasp is a piece of a wig from her attacker. It turns out the wig is a creation of Sam Wilkins (Frank Darien), Digberry’s rival. Wilkens is soon murdered. Gerta’s manager, Edgar Walters (Barry Bernard), tells the cops Gerta recently took out an insurance policy for a $1,000 and he needs to search her apartment for it. As the case unfolds, Colt is sure that Digberry is innocent. How he catches the real culprit becomes the centerpiece of this tense no-nonsense crime drama. 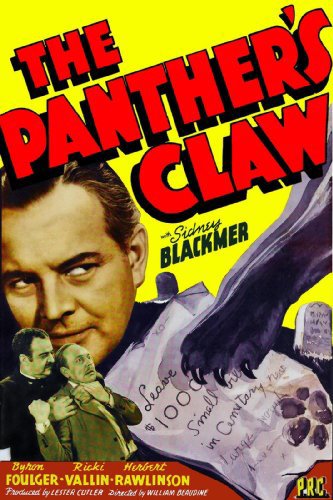 A HOUSE IN JERUSALEM