Slovak director Jan Kadar (“The Shop on Main Street”/”Lies My Father Told Me”) directs this engaging fantasy film. It tells of how the Black Jewish Angel Levine (Harry Belafonte) is transmitted to earth to save the health, the dying wife, and the fortunes of an elderly out of work New York tailor, Morris Mishkin (Zero Mostel), whose tailor shop burned down. He thinks God doesn’t like him and has cursed him. He spends his time taking care of his bad health and his ill wife Fanny (Ida Kaminska), and wishing for happiness. The couple are treated by the caring doctor (Milo O’Shea).

It’s based on the short story by Bernard Malamud. The writers are Bill Gunn and Ronald Ribman.

The charming Jewish themed film shows a test of faith for a dispirited man who has lost the faith over his hard times.

The best scene was in Mishkin’s kitchen, where the Angel Levene first appears with the startled tailor going through a misery trip, who doesn’t believe the Belafonte character is a Jewish angej (no wings).

The film was made by Belafonte’s own company. Zero Mostel was blacklisted during the witch-hunt days of HUAC. His superb performance carries the film. 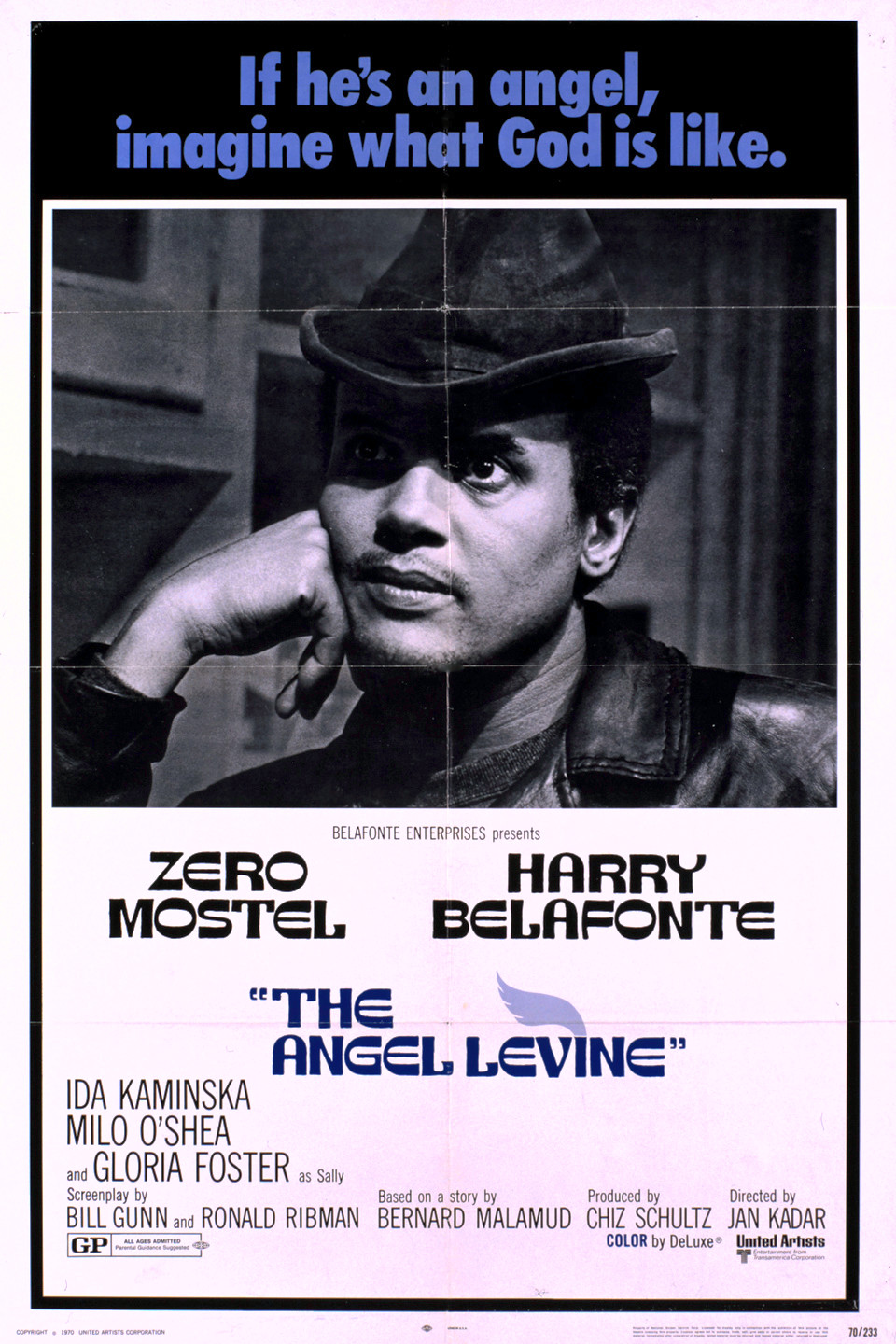