A visually stunning avant-garde indie feature, three years in the making and made on a $110,000 budget, by the talented twentysomething Leiser brothers. Eric is director, animator, co-editor and co-writer; while Jeffrey is the co-writer and turns in a mind-boggling New Age musical score. The enigmatic film is about as clear as the white light of the imagination and as beautifully haunting as perhaps a Blake sonnet or a meadow in a Van Gogh. This brazenly original film uses claymation, puppetry, stop-motion animation and time-lapse photography with live action. It follows the same techniques as modern-day master Czech animator Jan Svankmajer.

The story concerns adolescent identical twin sisters Sarah and Anna Woodruff (Jessi and Nikki Haddad, real-life twins). Sarah is legally blind and has a degenerative eye disease that will lead to blindness; Anna, after much testing, is diagnosed by child neuro-psychologist Dr. Reineger (Ed K. Gildersleeve) with Asperger’s Syndrome, a rare type of autism that afflicts high IQ kids who as a result show traits of difficulty in social interactions and become restricted into stereotyped interests and activities. The girls turn completely inward, shutting off the world and scaring their fearful and unprepared parents by their isolation and abnormal behavior. Their insensitive father, who can’t deal with the twins, has left the family and their caring but unsuited mom (Courtney Sanford) dies on the highway in a major L.A. quake. The orphaned twins are taking temporarily into the befuddled Reineger’s clinic, where he puts them under the microscope to learn more about how they live in a dream world that unites them on another realm and to see if he can decipher their prophetic visions. This plan is altered by the twins’ more far out plan of escaping to a possibly higher realm of reality.

Obviously, the audience that would tend to appreciate such an off-beat surrealistic work are those who value the powers of the imagination and are willing to get into a different kind of film experience and overlook some of the film’s weaknesses in its live action storytelling that falls short of the brilliant animation. The challenging storyline falters over a few scenes that come about so abruptly that they seem contrived (for instance, the death of mom during the earthquake seemed hard to fathom as anything more than a plot device to get rid of a pivotal character who unfortunately wasn’t going to be developed any further). But this film won’t disappoint such hearty souls who think for themselves, care about investigating better ways to treat children with special needs and do not require a linear story or a pat ending. 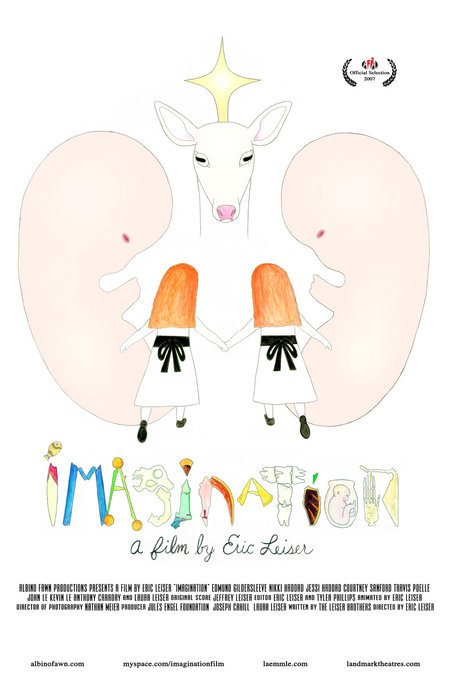