“An adult Western for those who still want to believe that there are guardian angels out there.”

George Stevens’ (“Annie Oakley”/”Giant”) classic Western has an overrated reputation, as it was once celebrated for its realism and being the end-all in westerns but in retrospect seems to yearn for the same pure innocent myth as those unrealistic Roy Rogers and Hopalong Cassidy portrayals. Every character fits a familiar western archetype (farmer, gunslinger, cattle baron and so on). It’s written by A.B. Guthrie, Jr. and adapted from the book Shane Company by Jack Schaefer. Alan Ladd is the mysterious and laconic Shane a weary ex-gunfighter who when passing through the wilderness town accepts handyman work at the Jean Arthur and Van Heflin farm, where he befriends their young hero worshiping son Joey (Brandon de Wilde). Shane is coerced into putting on his guns again to defend the homesteader family against evil cattle baron Tyker (Emile Meyer) and his imported sadistic top gun Jack Wilson (Jack Palance) from Cheyenne. In the classic cliché western theme, rancher Tyker wants to rid the fertile valley of all homesteaders to spread his cattle empire.

Loyal Griggs’s beautiful photographs of the vast landscape of the mountains and plains (shot in Wyoming under the towering peaks of the Grand Tetons) add a sense of the majestic, while Stevens’ slow-paced epic builds in tension until the final shootout with Ladd and Palance in a darkened saloon. Emotional tensions developed along the way when Jean Arthur has a love-hate relationship with Shane, incurring the anxiety of Van Heflin. The acting by all is superb, as Palace makes his character into a pleasingly nasty villain and Ladd convinces as a tough-minded hero. But it’s Brandon de Wilde’s wide-eyed, innocent, boyish portrayal that steals the affections of the audience.

In the end, when Shane finishes his task he rides off into the sunset with his name echoing in the valley. It is an adult Western for those who still want to believe that there are guardian angels out there and somehow if things get rough they will help you and ask nothing in return. It’s an arty Western that dissolves in long takes of the grandeur of nature and the noble spirit of the loner hero, someone many wish still exists to save the ordinary folks from all those monsters in the real world. 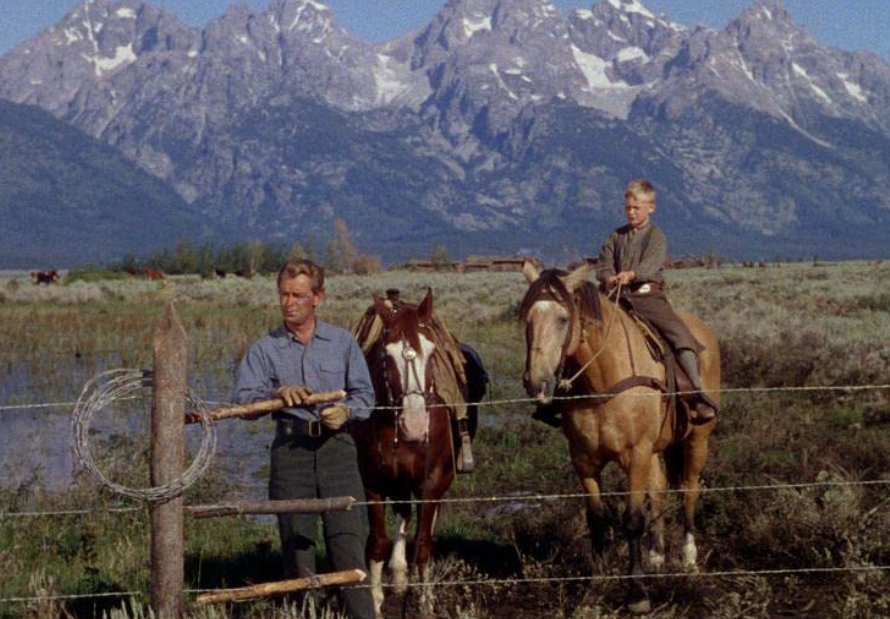