“Interesting only for its mythical pretensions.”

Cult writer-director Monte Hellman (“Cockfighter”/”Shatter”/”Avalanche Express”) is recruited by Italian producer Franco Di Nunzio to helm this weird pirate revenge tale about a 19th century disfigured sailor due to a birth defect, whose lizard-like facial deformity has him known as Iguana. It’s filmed mostly on the Canary Islands (shot on location in the island of Lanzarote; the cave scenes were done in Rome) and based on a real 19th century sailor named Patrick Watkins who shanghaied and enslaved a small group of castaway sailors on a desert island in the Galapagos. Herman Melville used him in his collection, The Encantadas, and named him Oberlus, the name also used by Spanish novelist Alberto Vázquez Figueroa on whose book co-writer Steven Gaydos based the script. Under Hellman’s direction it turns into a combination “Beauty and the Beast” fairy tale and Robinson Crusoe survival tale with Jungian undertones (you could also throw in The Tempest and The Phantom of the Opera). It has surprisingly good scenic visuals for such a low-budget film (though the photography itself was not creative) and the story sounds good, but it’s done in by the stilted acting, its disturbing brutal misanthropic action scenes and slow pacing. Interesting only for its mythical pretensions. The cast is made up of a mix of American and European actors, who seem to be in different pics. The film opened to a limited release and was quickly removed from theaters, resulting in a box office failure.This is a rarely seen film, and almost all who see it will do so on DVD. It’s one for those who like the unusual or Hellman completists, who might take heart that the talented filmmaker leaves certain poignant touches here and there that take him to his usual theme of getting into the head of his anti-hero. Unfortunately, the lead actor playing the anti-hero Everett McGill had limited range and could only deal with rage. In the hands of an actor of Warren Oates’ caliber, whom this pic is dedicated to, we might have had a winner.

Even though an English sailor on a fishing vessel named Oberlus (Everett McGill) is an excellent harpooner, he’s mocked, beaten and tortured by the crew and treated with contempt by the captain (Fabio Testi) because half his face is deformed to look like a lizard. After an incident where he’s brutalized, he jumps ship and escapes to a deserted island. The illiterate declares war on all of mankind in a private ceremony renouncing God but is soon recaptured by his old fishing crew. Oberlus escapes from his loosely tied ropes when they get drunk. Roaming the isolated Galapagos island, he soon gets a chance to carry out his war when he takes captive a group of shipwrecked sailors that include Sebastián (Michael Madsen), George (Tim Ryan, son of Robert Ryan) and Dominic (Joseph Culp, son of Robert Culp). Oberlus makes them slaves and threatens cruel punishment if he’s disobeyed, such as chopping off fingers for petty offenses and decapitation for something more serious. The educated George, not used to hard work being only the ship’s clerk, ends up teaching Oberlus to read and write. Sebastián becomes unnerved when he’s ordered to decapitate by machete his mate for trying to signal a passing ship, and ends up doing it rather than taking the chance he would be decapitated by his mate instead as Oberlus said would happen if he failed to carry out the order. Soon a sultry sexually liberated Spanish baroness named Carmen (Maru Valdivieso), an outcast in Catholic high society because of her free spirit, comes to the deserted island for a romantic nocturnal turn with her rigid future second hubby Diego (Fernando De Juan), and Oberlus slays Diego and rapes Carmen doggie-style–before it’s over she vocally displays her pleasure. The heart of the film has the beauty learning to love the beast while trying to tame his anger, as she advances from sex slave to his lover. It’s all really a symbolic message about coming to terms with the beast in oneself (whatever the beast is, sex or being an outcast). Eventually one of the shackled sailors signals a ship and the rescuers find a very pregnant Carmen and a despotic Oberlus roaming the island, and bring things to a sad conclusion. 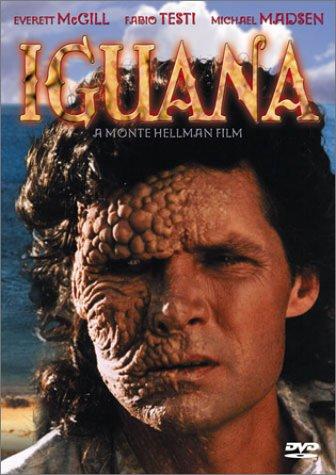