“Made enough sense to be appreciated as a good old-fashioned mystery.”

A rich atmospheric psychological thriller directed by James Mangold (“Heavy“/”Cop Land“) and scripted by Michael Cooney. In the nighttime Nevada desert, a heavy rainstorm floods the roads and the phone lines are down. A group of ten stranded travellers converge on a seedy motel. The isolated motel looks as if it were lifted from the set of Psycho, and the weirdo manager Larry (Hawkes) looks as if he might have a few Norman Bates type of secrets. The storyline could have been pinched from Agatha Christie’s play made into the film Ten Little Indians in 1945 and 1974, even though the film had scripted several changes to the plotline. Soon after the guests arrive they are being murdered one-by-one and at the victim’s side is their motel key, making it look as if their deaths might not be random.

George (McGinley) and Alice York (Kenzle) and their odd young tongue-tied son Timothy (Loehr) stop at the motel seeking medical help after Alice is accidentally run down on the highway by a limo. Timothy is George’s step-son, as his real father split two years ago. Ed (Cusack), the limo driver, was a former LA policeman who burned-out and quit because of medical reasons. Ed is transporting a self-absorbed and spoiled fading TV actress Caroline Suzanne (De Mornay) to Los Angeles, when he took his eyes off the road to get batteries for her cell phone and mistakenly hit Alice. Ed takes the severely injured woman to the motel and when he can’t phone or travel for help, he sews up her neck with a sewing kit. Paris (Peet) is a world-weary sexy Las Vegas hooker who skips town after she robs her john. She’s heading for her hometown in Frostbite, Florida to buy an orange orchard farm with the stolen money, but her car gets stuck in the flooded road. Lou (Scott) and Ginny (DuVall) got married 9 hours ago and are already a troubled couple. The oversensitive Ginny feels guilty that she lied about being pregnant. The last guest is Rhodes (Ray Liotta), a not too swift corrections officer transporting a convict (Jake Busey). The convict gets free of his handcuffs and leg irons while left in the motel bathroom and is suspected of committing the gruesome murders.

The story inter-cuts on the same night to the Nevada state courtroom, where a last minute hearing to stay the execution for a serial killer (Pruitt Taylor Vince) convicted of several bloody murders is taking place. An unreceptive judge has been awakened for this appeal. The psycho’s psychiatrist (Alfred Molina) and the client’s lawyer plead that the state has no right to execute someone who is mentally incompetent.

Mangold says he was attracted to the film because it reminded him of some 1940s film noirs such as The Big Sleep and The Maltese Falcon. It intrigued him how the story played with time, memory, reality and nightmares. What I admired is that the script was tight, the direction played fairly more or less with the rules for the whodunit mystery genre, and that even if the film couldn’t completely make sense it still made enough sense to be appreciated as a good old-fashioned mystery. Though gruesome in spots, this was more a film for those who like to be kept guessing who the killer is and also want a thought-provoking film. 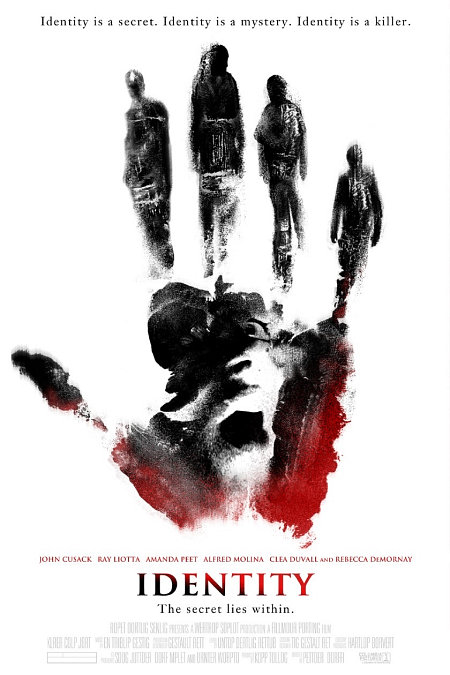