“Despite its flaws, for those who love this genre it’s a must see film.”

Though not the first prison drama, it nevertheless is considered the granddaddy because it revolutionized how such films were realistically made and spawned a bunch of quality genre movies like I Am A Fugitive From A Chain Gang. The story was inspired from the bloody riot that occurred in an Auburn, New York, prison in 1929. It’s directed by George W. Hill (“Min and Bill”/”The Secret Six”/”The Cossacks”) as a human interest drama that shows the everyday life of the convict and the inhuman conditions he faces.

After receiving a ten-year sentence of manslaughter for a drunk driving New Year’s Eve conviction, the mild-mannered, spineless, and callow Kent Marlowe (Robert Montgomery) is sent to a rough and over-crowded prison. His cellmates are two hardened cons: the dim-witted brute “Machine Gun” Butch (Wallace Beery) and the smooth forger and thief John Morgan (Chester Morris).

When Kent learns of Butch’s escape plans, he squeals to the harried warden (Lewis Stone) in order to gain an early parole. During the bloody climactic breakout a now reformed Morgan acts to save the guards and the warden during the ensuing riot, where the wild-eyed machine-gun Butch goes into a murderous rage and before the army tanks arrive gets into a gun duel with Morgan. The surviving Morgan as a reward for his heroism gets an early pardon and walks out the prison gates into the arms of Kent’s wholesome sister Anne (Leila Hyams), whom he met during a previous escape attempt and is the reason he turned his life around to follow the straight-and-narrow path of a good citizen.

The outdated film might have been something during its day, but today seems hokey, a relic and its love story is far-fetched. But it deserves credit for showing how to best film a prison flick; it set the bar for other films to follow. Despite its flaws, for those who love this genre it’s a must see film. 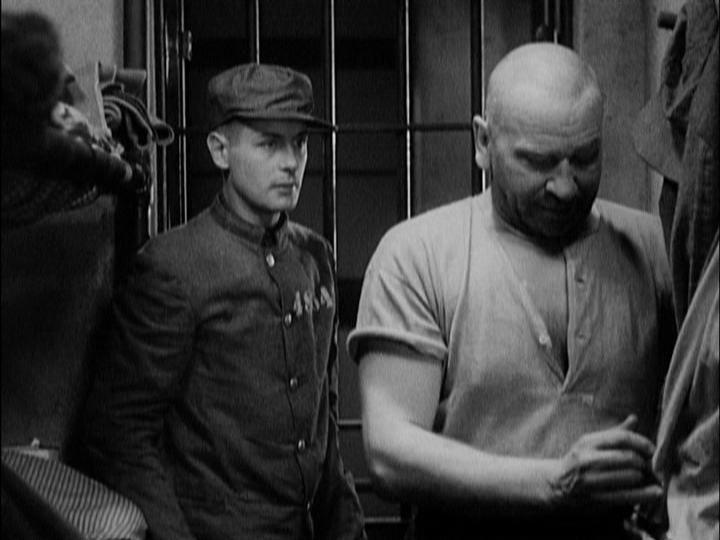