“I felt sorry for the deceased Jim Morrison, an authentic icon of the hippie era, whose name is used in vain here.”

A thoroughly contrived and dull and wretched sitcom comedy that’s supposed to be hip, at least it fancies itself in that light as it holds up Jim Morrison as its role model for 1960s looseness. But it’s anything but hip. If President George W. Bush’s wife Laura made claim to be more hip than the hipster in this film, I would believe her. Nothing worked. The script was an embarrassment. Susan Sarandon was stiff and hard to watch playing a one-dimensional role as an uptight lady of means. Goldie Hawn was wearisome and was never believable as the bubbly, swinging, aging hippie who was still a loose spirit and committed to a free love lifestyle. Geoffrey Rush as the weird nice guy with personal demons to exorcise, seemed lost as he spouted lines that made no sense and had no rhyme or reason. I felt sorry for the deceased Jim Morrison, an authentic icon of the hippie era, whose name is used in vain here.

Suzette (Hawn) has been a longtime bartender at LA’s Whisky on the Sunset Strip where she’s still living with the memory of when Jim Morrison passed out on top of her, and she’s still drinking rum and Cokes. But the new young bar owner fires her when he catches her drinking on the job and could care less that she’s a fixture in the place, even after she rattles on that “I’m fun, people love me, I’m Suzette.” He tells her he thinks the place could survive without her.

On a whim, Suzette takes off to Phoenix in her beat up old car to reunite with her old rock groupie party girlfriend Vinnie (Susan Sarandon) after twenty years of no contact. When Suzette runs out of gas in a desert bus rest stopover and has no success panhandling for loose change to pay for the gas, a neurotic middle-aged passenger who is annoyed by flies in the bus, Harry (Geoffrey Rush), decides to fill up her tank and go with her to Phoenix.

Harry’s story is that he’s a failed writer and hasn’t had sex in ten years, and he blames his father for putting a curse on him. His dad wanted him to go into his furniture store as a salesman and when he refused, he said everything he will touch from here on will turn into shit. So he’s going back home to Phoenix after many years away and plans to kill his father.

When Suzette meets Vinnie in her mansion, she now calls herself Lavinia and is not pleased to see her. Vinnie’s now straight as an arrow and married to a wealthy lawyer named Raymond (Robin Thomas) and is the mother of two spoiled teenage daughters, the high school senior and class valedictorian Hannah (Christensen) and the 16-year-old misfit Ginger (Amurri). The rigid soccer mom, primly dressed in beige dresses, wants her rebel friend to leave her alone and not tell her family about their wild sex and drug days. They were named the Banger sisters by Frank Zappa after he zapped both of them. The comedy is mined from the conflict between the two friends who no longer share the same values, but after a hesitant start they begin to rekindle their old feelings through moments of recalling nostalgia. Sarandon values her family and reputation and status in her wealthy community. While the tattooed Hawn has little to show but her boob job. As the comedy turns serious and the two friends try to relive their past for one night on the town, the shrill inspirational message becomes ‘live true to thyself.’ The message is reinforced when Hannah has a change of heart and in her speech to the high school graduates she says that “She’d rather fight with her family than pretend all is right.” After a weekend of partying, getting stoned, and getting caught screwing her boyfriend in the family pool, she tells her classmates “Do it true.”

This is the directorial debut of Bob Dolman who got his start scripting WKRP in Cincinnati, and his efforts at writing comedy seemed to be completely dependent on the stars overcoming his weak script. There was just not enough comedy or story here to keep me interested. The bourgeois versus hippie scene was phony, as was everything else. The characters were caricatures and their routines were done in a clumsy manner. It was also painful to watch how square the 1960s seemed. 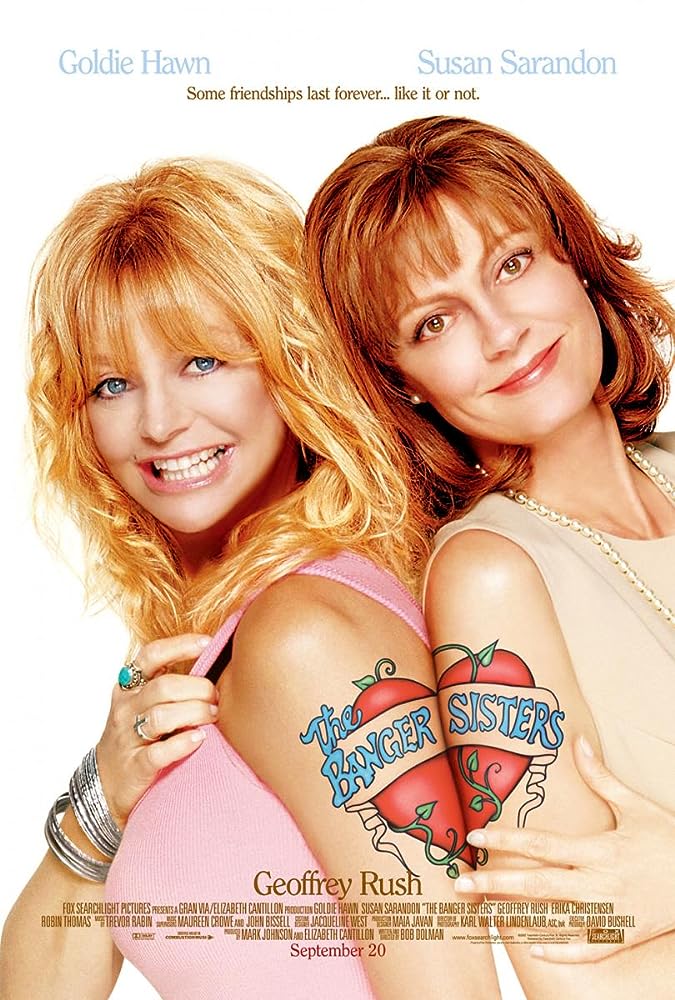