“Its intense desire to honestly tell its story comes through loud and clear.”

Ice is a fascinating ideological political thriller shot in b&w, in NYC, by radical filmmaker Robert Kramer (“In The Country”/”Guns”/”The Edge”). In documentary style it tells a fictitious story of an urban radical underground group waging guerrilla warfare against the fascist regime in America, set in an unspecified time, when the US is at war to colonize Mexico (a substitute for Viet Nam) and as a result restricts freedoms at home to wage its unpopular war. It also chronicles the groups’ inner workings, including the strife, security concerns and ongoing personal tensions. Shot in a cinema-verité style it seems real and personal, and very much like a Godard film. Some may be turned off by the leftist group’s acceptance of violence as means of waging war, others might find it an eye-opening experience in cinema.

Radical film-maker Kramer is a founder of the leftist film collective Newsreel, that tried to bring indie films in line with underground agit-prop. The film received a small grant from the American Film Institute and shot the film on a budget of around $12,000.The cast is made up of primarily non-professionals.

Kramer’s film is sympathetic to the young radicals and their struggles, calling it the ‘People’s War.’ It uses many political slogans throughout favoring the one that states ‘Revolution is permanent.’ The film is not dated despite the world greatly changing since its 1960s scene. Its starling images, unique film-making perspectives and its intense desire to honestly tell its story comes through loud and clear. It’s worth a look, as it has more grit and freshness than the usual Hollywood ‘radical chic’ film of that tumultuous era in American history. It also goes sci-fi on us, in an Alphaville way. 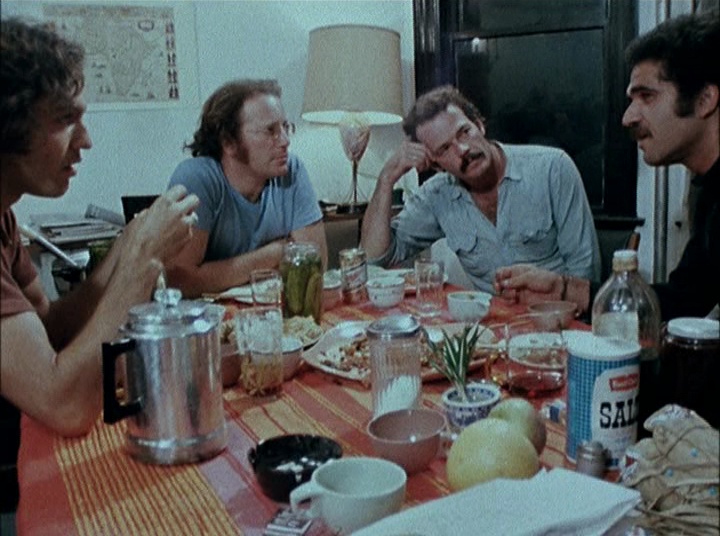