“Energetic tell-all pic about the beginnings in 1976 of the legendary post-punk rock band from the grimy factory city of Manchester.”

Grant Gee (“Meeting People is Easy”) helms this energetic tell-all pic about the beginnings in 1976 of the legendary post-punk rock band from the grimy factory city of Manchester, who took the controversial name Joy Division in 1977. The name was derived from the Nazi armies nickname for its military brothel for its officers. The biopic serves as both a telling of the band’s rise to popularity and of the city digging out from ruin to shine again as a modern city and all that would entail.

Through invaluable footage, we see in 1976 four young men in their early twenties, Bernard Sumner, Stephen Morris, Peter Hooh and Ian Curtis, from the post-industrial decayed city of Manchester, a place in rubble where there begins a Thatcher-sponsored rebuilding phase for its infrastructure with massive ugly concrete buildings taking the place of the unlivable dilapidated housing. The lads, who do not know each other yet, go to a local Sex Pistols concert at the Electric Circus and are so inspired by the rebellious music, seemingly in their blood, that they meet through a newspaper ad and form their own punk rock band and invent a novel electrical music and include intelligent lyrics

Their unique pulsating music of alienation was the product of their troubled bi-polar vocalist-lyricist Ian Curtis, who sang in a frenzy as if possessed and got his ideas from the likes of JG Ballard, William S. Burroughs and Franz Kafka. With their first album released, Unknown Pleasures, on the indie label of Factory Records a surprise hit with both critics and the public, the band was geared for international fame. In 1980, on the eve of their first American tour, the epileptic and emotionally fragile 23-year-old frontman, Ian Curtis, committed suicide in his parents’ home after separating from his wife Deborah and promising to call his Belgian mistress Annik Honoré before departing for a few months, but never doing so. The band went on without him, and in the 1980s reached great heights in popularity and is still performing.

Gee films a variety of talking heads involved with the rock business and the group, that include the late record producer Tony Wilson, the former NME music critic Paul Morley, the talented photographer Anton Corbijn who took the band’s iconic photo on a bridge and Ians articulate Belgian lover Annik Honore. Ians wife Deborah refused to appear, but she’s heard from time to time through quotes from her book Touching From A Distance. 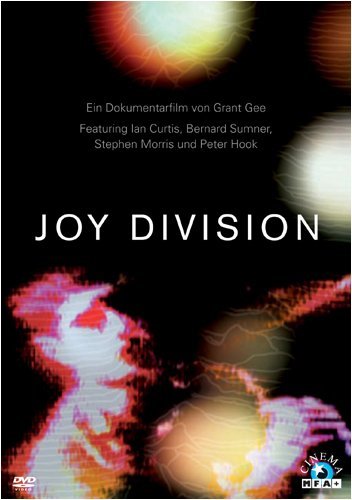