I AM TRYING TO BREAK YOUR HEART

An interesting look behind the scenes of Chicago-based rock group Wilco and the controversy over the making of their latest album “Yankee Hotel Foxtrot.” Their music is an imaginative mix of country, folk and soft rock. First-time filmmaker and celebrity award-winning photographer and a fan of the band Sam Jones, does the honors of helming and shooting it in beautiful Super 16mm black-and-white. The group is serious about the artistic worth of the product they put out, which comes across in this richly told narrative that successfully balances Jones’ love of the group with objective journalism. This is a documentary that shows there is apparently no drug or groupie scene surrounding them, which differs from most of the other rock presentations (I couldn’t tell you if this is really so or just the image they want to present).

Wilco thought the CD would be on the Reprise label, whose parent company is Warner, but the execs at Reprise turned it down because they lost money on the other three Wilco albums and didn’t think this one would do well either commercially. When the rock press picked up the story of that rejection and made a big deal about it, it put a lot of pressure on the company and to avoid further bad publicity they gave the band back the rights to the album for free even though they put up $200,000 to produce it. The band was able to sell it to Nonesuch for three times that amount, another company ironically owned by the giant Time/Warner. The album became a big hit and has approached gold- record status, and was also much critically praised.

The most interesting part of the film was the band practice sessions in their warehouse loft. They were allowed to self-produce their album after receiving $85,000 from the record company and thereby cut it in their Chicago loft without Reprise having a word of say. But things didn’t go smoothly, as there were technical artistic conflicts among two of the band members. The group’s leader and lead singer and songwriter, the low-key and soft spoken Jeff Tweedy, someone who suffers from migraines and has to rush off to the toilet to vomit during an attack, gets into a power struggle over whose in charge with his longtime guitarist and co-songwriter Jay Bennett. They debate how their music should be presented and Jay tries to keep control of his emotions but can’t stop talking about the conflict, as the band cools their heels until it’s settled. A stunned and somewhat embittered Jay finally quits just before he’s about to be asked to leave. Jeff feels they can’t anymore make music together, while Jay believes he’s pushed out because Jeff wants to be the “center of the circle” and won’t allow anyone else in the spotlight. The rest of Wilco includes Leroy Bach on organ, John Stirratt on bass, and Glenn Kotche on drums. Their manager is Tony Margherita, who seems to be doing a good job of looking out for their interests and always managing to say the right thing in the heat of battle.

Rolling Stone writer David Fricke gives Wilco’s new album a rave review; he even called it in his magazine a masterpiece. But it’s hard for me to determine if this film was a slick publicity promotional job put over by the band as some film critics thought or the real deal. In any case, it seemed to accurately show the cutthroat nature of rock as purely a business thing for the big corporate record companies who could care less about an album’s artistic worth. I’m no great fan of rock music and had heard of the group only because of the film “Chelsea Walls,” where they not only caught my attention but I was impressed with their quiet sound and intelligent lyrics.

I’m sure the group’s fan base will love this film far more than I could ever, and will have bought their CD and know the lyrics to their songs. 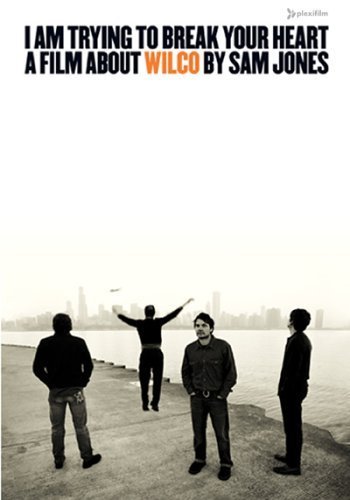