HOUSE BY THE RIVER

Fritz Lang (“Ministry of Fear”/”Spies”/”While the City Sleeps”) at his most gloomy and perverse in this low-budget period piece gothic-noir melodrama set by a creaky river house in a southern climate, where it pits good brother against bad brother. Scripted by Mel Dinelli (one of the few films Lang didn’t pen) in such a turgid way that it reeks of the filth emanating from the psychological undercurrents of the river. It’s taken from the novel by A.P. Herbert.

The wealthy lecherous failed mystery writer Stephen Byrne (Louis Hayward) has his sexual advances to his wife’s pretty new maid Emily (Dorothy Patrick) rebuffed and accidentally strangles her to death when trying to muffle her screams from nosy next-door neighbor Mrs. Ambrose (Ann Shoemaker). The cowardly wastrel scoundrel gets his more good-natured crippled brother John (Lee Bowman) to cover up the deed by helping him place her body in a sack cloth and dumping it in the nearby river. Stephen convinces the reluctant John, who has a crush on his sibling’s wife, to help him out of a jam one more time by lying that his sweet wife Marjorie (Jane Wyatt) is pregnant. Stephen wickedly rejoices in the murder because it gives him publicity to sell his book and fresh material to write about in his new one, as he has no remorse over the maid’s death or of implicating his brother in the crime or writing about the crime.

The plot smells of irrationality, but that is countered by the far reaching atmosphere of stinking decay it allows to linger over its bleak setting and artificial construct and overly melodramatic moments. The natural forces such as the river, the wind and the moon all become foreboding, as Lang obsesses over the cover-up and the brother’s different reactions–John becomes sullen and shuns people, causing him to look suspicious.

Lang wanted the maid part to be played by a black, but the timid folks at Republic shot down that theme of miscegenation. Otherwise, they gave Lang a free hand and he instead went for the theme of moral turpitude among the upper crusts and a twist on the biblical Cain and Abel story. The acting is generally good enough, though certainly not great. Even if Hayward overplays his sleaze role, nevertheless his unprincipled character is the fascinating glue that holds the flawed minor film together. What it can’t overcome is the suspense it lacks, yet it still has the power of a Lang creation and is worth seeing. 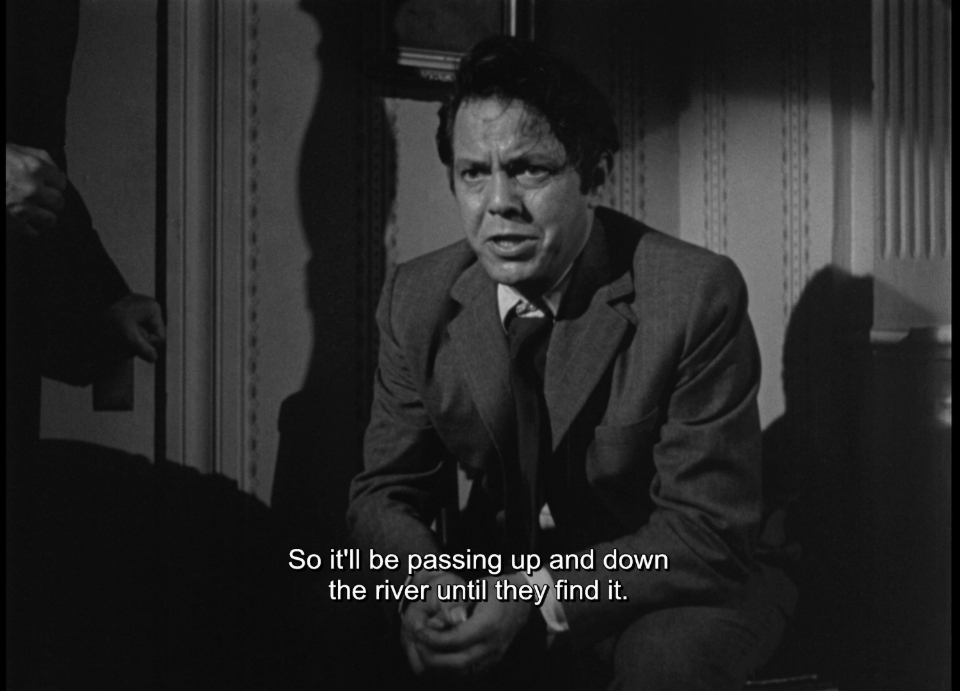