ONE MORE RIVER (OVER THE RIVER)

“A dated but well-told old-fashioned drawing-room melodrama that revolves around the flawed archaic divorce laws in the UK.”

A dated but well-told old-fashioned drawing-room melodrama that revolves around the flawed archaic divorce laws in the UK. It was filmed as Over the River in the UK. Director James Whale (“Frankenstein”/”The Invisible Man”/”The Old Dark House”)gets the most out of this stiff upper lips drama of an abused aristocratic lady trying to get out of an abusive marriage with a cad and films a great courtroom scene to cap off the film. Reportedly, it was one of Whale’s favorite films. It also influenced changes in the divorce laws in the UK, that were decidedly unfair to women. It’s based on the last novel by John Galsworthy “One More River,” the last part of a trilogy from the Forsyte Saga.Jane Wyatt, the only American in the cast, made her film debut in a minor role, that in the book was a major role. It was written by R. C. Sherriff, but when the Breen censors failed to pass the initial script William Hurlbut was called in to re-write the sadism portrayals to make it more palpable for the censors.

The unhappily married Lady Clare Corven (Diana Wynyard) runs away on an ocean-liner from her brutish civil service husband Sir Gerald Corven (Colin Clive), while living with him in Ceylon. On the ship back to London, Clare meets nice guy Tony (Frank Lawton), who just lost his job on a tea plantation. They see each other for three weeks while on the ship, but even though Tony falls in love Clare doesn’t and remains cautious initiating a chaste relationship.

When the boat docks in London, Clare is greeted by her loyal sister Dinny (Jane Wyatt) and they go to her parents, Lady Charwell (Kathleen Howard) and General Charwell (C. Aubrey Smith), who live in an estate in Oxfordshire. Through Dinny, her folks learn that Clare was abused by her husband with a riding crop and is leaving him. Also on the estate dwell Clare’s supportive uncle Sir Lawrence Mont (Henry Stephenson) and comical aunt Lady Mont (Mrs. Patrick Campbell). Soon Clare gets a secretary job for the newly elected to Parliament Tory politician David Dornford (Reginald Denny), and with that gets her own flat. She also continues a platonic relationship with the pursuing Tony, who gets work as a horse breeder in the countryside. Meanwhile Gerald arrives in Great Britain and tries to bully Clare into living with him again. When she refuses his advances, Gerald returns to Ceylon but has private detectives follow Clare. One night while Tony is driving Clare back to London after she visits him at work, his headlights fail and rather than drive in the dark they innocently sleep together in the car. This gives Gerald cause to sue Clare and co-respondent Tony for divorce and damages. The court trial features Alan Mowbray as Clare’s barrister, a snarling Lionel Atwill as Gerald’s and the fair-minded judge played by Gilbert Emery.

Though Clare is found guilty of improper behavior due to circumstantial evidence, the damage suit against Tony is dismissed. With the divorce granted, Clare learns to have tender feelings again and trusts them. Feeling grateful to be out of such a bad marriage, Clare now allows herself to be courted by Tony.

Though receiving universal critical acclaim, the film bombed at the box office. 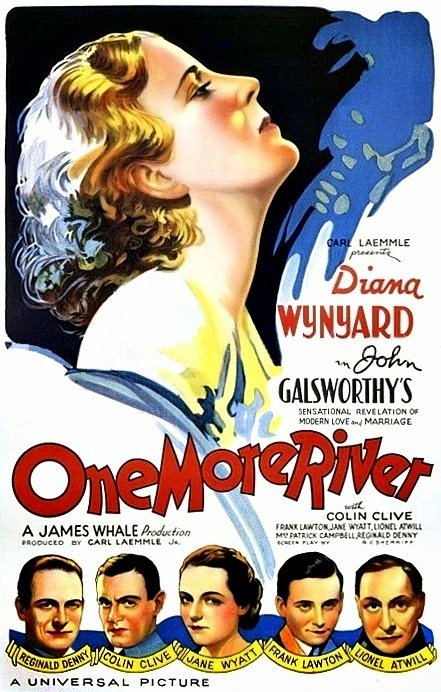