The titled amoral antihero hitman is Agent 47 (Timothy Olyphant), a genetically engineered assassin, trained by a religious group from birth to be a ruthless killer, as he’s employed by a shadowy international organization.

When the contract killing of Russia’s leader Belicoff (Ulrich Thomsen) in St. Petersburg, goes wrong, the charmless bald operative Agent 47 finds he’s been double-crossed by the Organization. An obsessed Interpol commander, Mike Whittier (Dougray Scott), on the side of the good guys, is trying to catch him, with his loyal partner Jenkins (Michael Offei) by his side.

The president’s sex-slave Nika (Olga Kurylenko) is thought to be a witness, as the saucy gal is snatched by the robot and accompanies him in his pursuit of the baddies.

When Belicoff emerges alive, Agent 47 goes after the president’s brother (Henry Ian Cusack), who is in Istabul. Also involved in the chase is the shifty KGB boss Yuri (Robert Knepper).

If you have low-expectations they will be met. It should have been more entertaining. 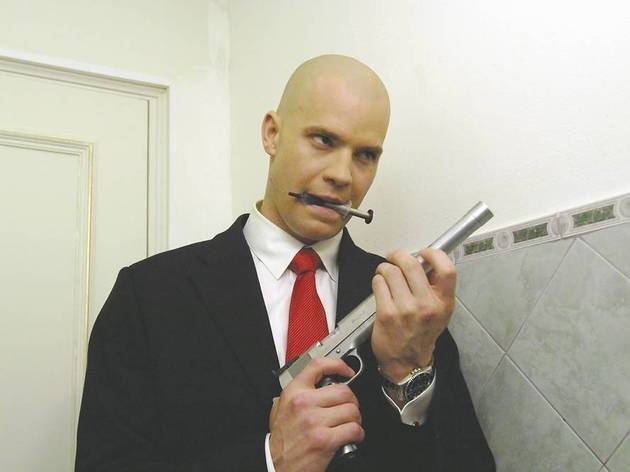 LOVERS ON THE BRIDGE, THE