This unique dark thriller from Seoul is the directorial feature debut for former screenwriterLee Chang-dong (“Secret Sunshine”/”Oasis”/”Peppermint Candy”). It’s a crime drama filled with unsympathetic characters (all are either corrupt or drunken cops, sleazy or ruthless gangsters, mental or physical cripples, or just dysfunctional family members), who are trapped by their big or small dreams.

Discharged 26-year-old soldier Makdong (Han Suk-Kyu) returns to his single-mom’s home in the outskirts of Seoul by train and when he sees three thugs hassling a pretty lady, Miae (Shim Hye-jin), he steps in to defend her honor and is beaten-up. When he reaches his mom’s house, he’s displeased to discover the neighborhood changed with hi-risers due to the thriving economy. Mom and his many siblings live in a dumpy house in poverty, and though he has no skills he announces he will support them. Miae calls to return the bag he left on the train, and Makdong learns she’s a nightclub singer in Seoul and is the mistress of a small-time gang leader named Bae Tae-kon aka Big Brother (Moon Sung-Keun). Makdong decides to live in Seoul and earn money to buy a restaurant for his family. After beaten again by Big Brother’s gang, Miae talks her boss into giving Makdong a job working as a parking lot attendant. Makdong then is hired to take a beating for his boss so he can blackmail a local politician over a real-estate deal, and thereby is welcomed into the crime family as Little Brother.

Makdong is a virgin, who the drugged-out and numbed Miae feels something for and thinks she must teach him how to make love. But the young man is out of his league in trying to make sense of his new family, especially when he can’t even deal with his own flesh-and-blood squabbling one. Miae and Big Brother are locked into a sado-masochistic relationship that Makdong can’t comprehend, and when rival bully gang leader Kim Yang-kil (Myung Kye-Nam) moves into Big Brother’s turf and humiliate’s Makdong’s boss he, feeling loyal to the boss because he’s well-treated, decides to act on his own to get revenge. But that turns out to be a fatal mistake, as Makdong misunderstands the politics of the gang rivalry.

Too much of what the filmmaker was after about how the power stucture functions in a corrupt society, only seems vague. But it does leave us with the sense that in the new Korea everyone could be corrupted except for those too dumb or those who are spastic (like one of Makdong’s handicapped brothers).

It won the 1997 Vancouver Film Festival‘s Dragons and Tigers Award, given to top Asian films. 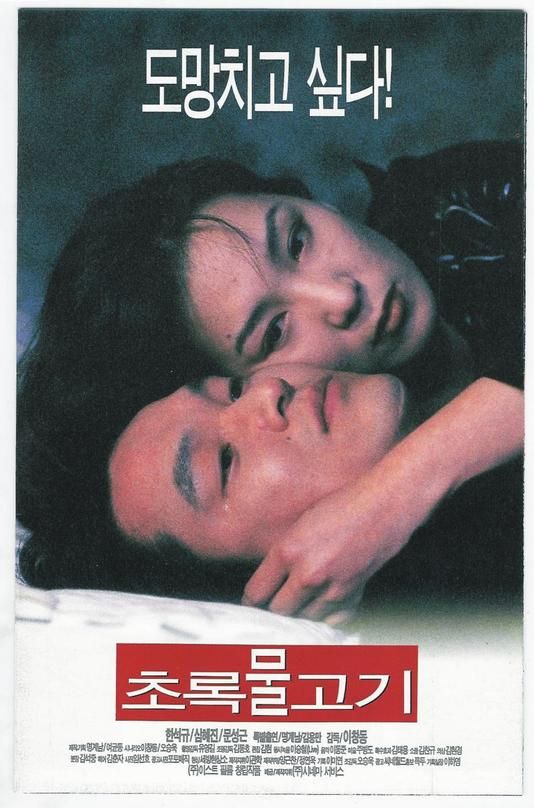