“But the film itself was too poorly executed to sustain an interest in its long drawn out and meandering story.”

A student of forensic medicine, the son of a deceased French diplomat, Mathias Barillet (Emmanuel Salinger), is coming with his youthful diplomat friend, Jean-Jacques (Thibault), by train from Germany to Paris. He is stopped at the border and searched by the border guards and grilled by a mysterious man who expresses a mean-spirited resentment against him. When he returns to his Paris hotel, he finds a severed head in his suitcase. Why he doesn’t turn the head over to the police, the most logical thing in the world to do, is never fully explained to my satisfaction. But this espionage thriller, picking up on the theme of the Cold War paranoia, will be about his searching for the identity of the head and its possible connection to the man who harshly interrogated him on the train.

Mathias visits his sister Marie (Marianne Denicourt), who is rehearsing classical songs for her upcoming opera recital and possible trip to Russia. The opera company is run by Jean-Jacques’ boss, Varins (Jean-Luc Boutte), a seemingly controlling figure, choosing to remain in the background. Mathias will be introduced into the drab world of the underlings who keep the spy system going at this event. Needing a place to live he teams up with a diplomat he is introduced to at the rehearsal, a more forceful type, William (Bruno). They rent a large apartment which is strictly divided in half, like the Berlin Wall, with no encroachment allowed without special permission.

There is also an attempt by Mathias at romance with the head pathologist’s elusive daughter, Claude (Devos), where the opposites try to get along. At least, Mathias, representing the very sober field of science, wants a relationship with the carefree art student. She prefers a different type.

Meanwhile, Mathias’ interrogator is now identified as a double-agent who goes by the name of Bleicher (Jean-Louis Richard). Bleicher is someone upset with the government’s appeasement of the communists. But all this spy business was rather vaguely done. It showed that there was a large vacuousness among the young as to their country’s recent history. What the film couldn’t do, was make all this interesting and tangible to the story. It’s a mystery story that has no great payoff for its 2 1/4 hours. Yet it was somewhat diverting, but only as a study of the students and their attitudes.

The Russian scientist’s severed head is used as a symbol for the Cold War and is dissected by the medical student and shown to be part of the cloak-and-dagger game played by both sides, which still goes on because enemies are needed to assert the righteousness of one side over the other.

The naive hero is not convincing enough in his role as a seeker of justice, and the film as a political thriller suffers from a lack of focused direction. What is absorbing, is the psychological mood of the students shown and how they view their place in a possibly united Europe. It was a good idea to show that opposites might attract but can’t stay together, but the film itself was too poorly executed to sustain an interest in its long drawn out and meandering story. 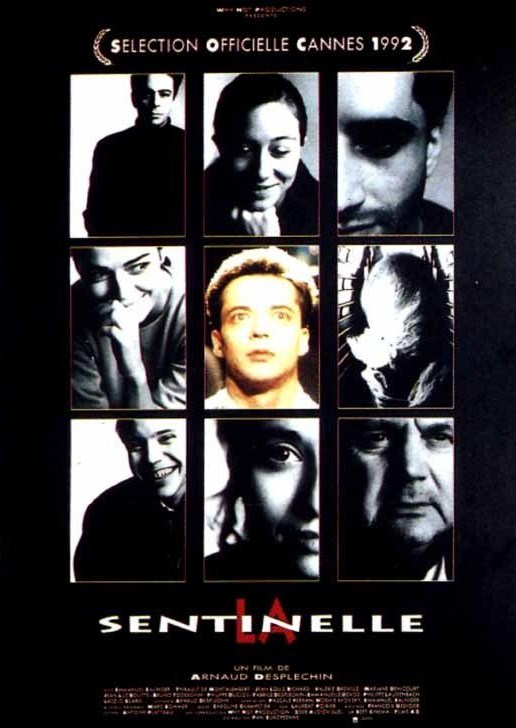