“Clever comedy/melodrama about a nasty power-hungry boss who gets his comeuppance.”

Roy Del Ruth(“On Moonlight Bay”/”The West Point Story”/”Topper Returns”) directs this clever comedy/melodrama about a nasty power-hungry boss who gets his comeuppance. It’s a pre-Code film, based on the play by David Boehm. Writer Robert Presnell Sr. lets the racy stuff in to give the film an edge.

Kurt Anderson (Warren William) is the ambitious tyrant general manager of the Franklin Monroe Department Store in New York City (think Macy’s!), who terrorizes those under him. The hot-shot executive was recently brought to the store to make the floundering department store profitable again, and does so by shaking things up. The store’s board of directors love him for bringing in big profits but personally can’t stand him, and the workers passionately hate him as an uncaring slave-driver. Since the country is mired in a Depression and jobs are scarce, the executive staff agree to pay cuts and obey his commands or are fired. For all his faults, the anti-hero saves jobs by making a profit for the store and at least the workers can be thankful of that.

Kurt hires as a store model the young and beautiful Madeline (Loretta Young), after spending the night with the job applicant. On the job, she dates the salesman Martin West (Wallace Ford). Kurt likes Martin’s ideas on how to improve sales during these hard times, as he suggests placing men’s garments next to the women’s section, reasoning that the wives do most of the shopping for their husband’s clothes.Thereby Kurt appoints Martin as his assistant and warns him not to marry, as Kurt dedicates his life to his work and believes others should do the same. Instead Martin secretly weds Madeline. The comedy is earned as Kurt tries to break up the couple and again seduce Madeline.

As for the happy ending, it was not earned and throws some cold water on the zesty story. Nevertheless it was an enjoyable drama, and Warren William makes for a charming villain to sneer at. 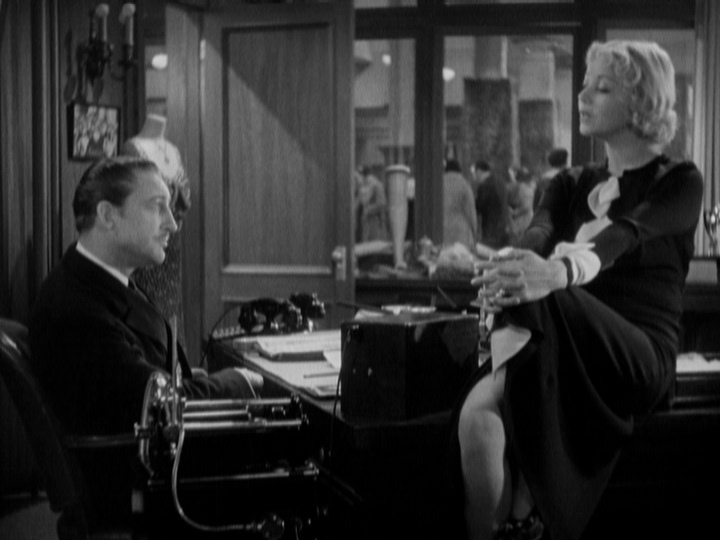