“One of the most interesting Yiddish films ever made.”

One of the most interesting Yiddish films ever made. It was made at the time the Nazis were going into their ‘Final Solution’ plans and were publicly blaming the Jews for all their troubles. Sholem Anskil’s folk tale of a disembodied spirit who possesses the body of the woman he is about to wed serves as the theme. The supernatural and the search for the Jewish soul, make this film a testament to the inner Jewish experience more than what most of the Yiddish films had previously done.

Leon and Lili are the star-crossed lovers living in Warsaw’s shtetl (Jewish village). The film was shot in one of Warsaw’s most anti-Semitic neighborhoods, according to J. Hoberman’s wonderful book on the Yiddish cinema “Bridge Of Light.” Hoberman goes on to tell how the cast had quite a difficult time just getting to the studio to work, being taunted by the local hooligans with anti-Semitic remarks and often beaten upon.

How lovers suffer, is a theme audiences of various beliefs could relate to.

The marvelous voice of the great cantor Sirota divinely rings through the temple. There is elation in the music and in the dance of the shtetl inhabitants that brings on an unexpected joy and grace, and adds much weight to the film’s sense of culture.

What is eerie, even as the irrational is presented onscreen, is the evil that lurks for the actors and audience, as the incomprehensible is soon to descend on them in the form of a Holocaust. They, more than likely, were caught up in it and had to brutally suffer for their religion. Also, the film’s “Dance of Death” scene has become a legendary one.

This is not only a great Yiddish film, but one of my top 100 hundred films. 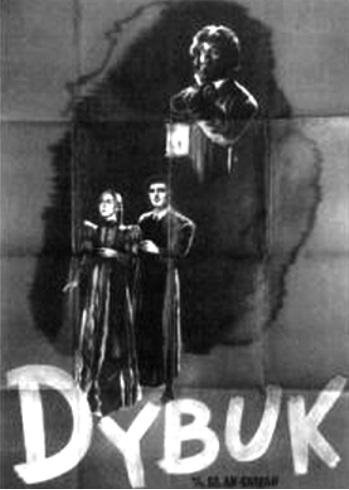