“It’s Soderbergh siding with the little guy over the establishment, and he’s wonderful at it.“

Experimental iPhone 7 shot B-film thriller by the versatile filmmaker Steven Soderbergh (“Logan Lucky”/”Side Effects”) takes pot shots at the US healthcare system, as it questions its ethical behavior. The movie is set in an abandoned hospital north of New York City. Its script is written in outline form by Jonathan Bernstein and James Greer, in a narrative built around a cat-and-mouse plot. Soderbergh photographs the film under the alias of Peter Andrews and edits it under the alias of Mary Ann Bernard. The false names just happen to be those of his parents. Soderbergh‘s purpose from a tech prospective is to see if he can make an inexpensive film on an iPhone camera (with a budget of $1.5 million that was made in 10 days) that can at least match the production values of a movie shot the regular way. It has Sawyer Valentini (Claire Foy, British actress) as a fragile but tough-talking data analyst, who just moved to Pennsylvania from Boston to escape a stalker. Life has become challenging the last two years because of the stalker. Her supportive mom (Amy Irving) helps ease her anxieties. But Sawyer believes she needs professional help, so she tries to get that from counseling at the Highland Creek Behavioral Center. But her frightened irrational behavior sends off alarms to the staff that she might be crazy and she’s duped into committing herself to the mental hospital by signing a consent form. Once confined in the mental facility her mental condition worsens. When it turns out that the seemingly sympathetic George (Joshua Leonard), a new male nurse on the ward, is really David Strine – the stalker from Boston she thought she escaped from, only the staff believes she’s delusional. The tension rises as the innocent vic must now take on the system (ruled by male authority figures) in an uphill fight against them for her self-respect and freedom and to convince the staff there is a pervert working for them. Unfortunately the film never reaches greatness, as its winsome premise turns schlocky when it goes Shock Corridor in its confinement scenes. But it’s Soderbergh siding with the little guy over the establishment, and he’s wonderful at it. 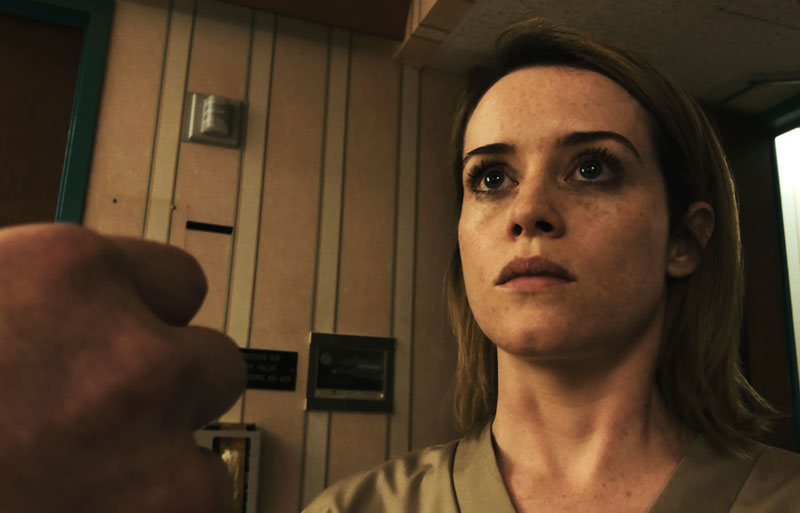 TALES OF HOFFMANN, THE

GREATEST STORY EVER TOLD, THE