“By the end of The Driver you might wonder if you were in a car accident.”

Walter Hill (“The Warriors”/”Southern Comfort”/”Johnny Handsome”) is writer and director of this badass film noir about a cool operator, known only as the Driver (Ryan O’Neal), who drives getaway cars in robberies and has the rep of being the best in the business. The Detective (Bruce Dern), who prides himself as being one of the best cops on the force, is obsessed with arresting the Driver, someone he admires for his professionalism and dubs him the “Cowboy,” and will try any means necessary to get him–even if it’s illegal. It takes place in an unnamed city (though it looks like Los Angeles) and none of the characters are given proper names. There’s not much plot, except for some double-crosses, but plenty of breathtaking car chases in this sparse existential thriller that has nowhere to go but ride up and down the macadam and put its foot on the gas pedal.

In the opening scene the Driver outraces in a daredevil way a fleet of cops chasing him through the big city streets after a nighttime casino robbery. The Driver’s then freed from a police lineup after The Player (Isabelle Adjani), a hired ‘witness’ doesn’t identify him. The frustrated maniac Detective, the most obnoxious and most talkative character in the film, sets up a risky unauthorized scheme to trap the Driver in a criminal act by forcing a captured robber of a supermarket to hire the Driver for a set-up bank job or get a 10-year sentence for the holdup. Through the Connection (Ronee Blakely) the Driver is brought into the job. When things go sour, the taciturn Driver is helped by the Player, a losing casino gambler, and they try to survive and outsmart both the cops and the robbers.

If you ever cared to see a luxury car purposely dismantled piece by piece, O’Neal does it with an orange Mercedes in an empty garage where he demonstrates for his would-be client his driving skill by taking the car for a spin through the garage and intentionally crashing into the walls, taking off its bumpers by hitting the corners at an angle and finally removing the door by hitting a pillar.

By the end of The Driver you might wonder if you were in a car accident. 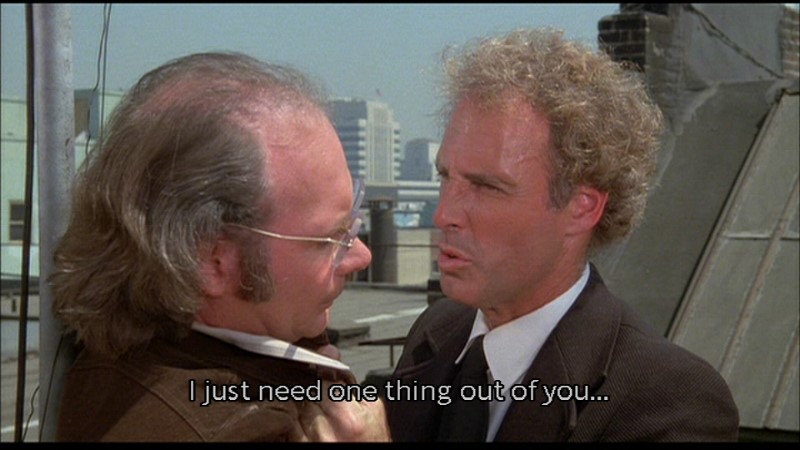