“Creepy tale that has its chilling moments.”

The renown Brit horror film director for Hammer Films, the former cinematographer, Freddie Francis (“Tales from the Crypt”/”Creeping flesh”), helms this creepy tale that has its chilling moments and is brilliantly photographed in black and white. The horror tale uses the old chestnut of people trying to drive a woman insane. The screenplay is written by Jimmy Sangster, whose scripts usually are Hammer Films weak points, but does a good job here (though the middle-part goes away from the main character and that changes the way it’s directed). But it gets out of its bind when the ending seems so right. It’s a Les Diabolique-like mystery.

Janet (Jenny Linden) is an 18-year-old student at Hatcher’s School for Young Ladies. She fears for her sanity ever since as a child she saw her mother kill her father by stabbing him with a knife. She’s haunted by recurring nightmares of seeing her mother call her name and a ghostly apparition, dressed in white (Clytie Jessup), appears. Janet fears she’ll end up insane like her mom, still kept locked-up in an insane asylum.

When expelled because of her mental problem, the fragile Janet goes back to live in her family home of Hightowers, the site of the murder, as arrangements are made by her lawyer guardian Baxter (David Knight) and the school to have her observed by a doctor (John Welch). She’s accompanied home by her kind teacher Brenda Bruce (Mary Lewis) and by Grace Maddox (Moira Redmond). She’s a nurse/companion hired by the attorney. Also there is the loyal family servant (Irene Richmond) and the friendly chauffeur (George A. Cooper).

At home the nightmares continue.

The surprisingly good thriller may keep you guessing its resolution until its climax, and is stylish, well-crafted and a very satisfying genre film. 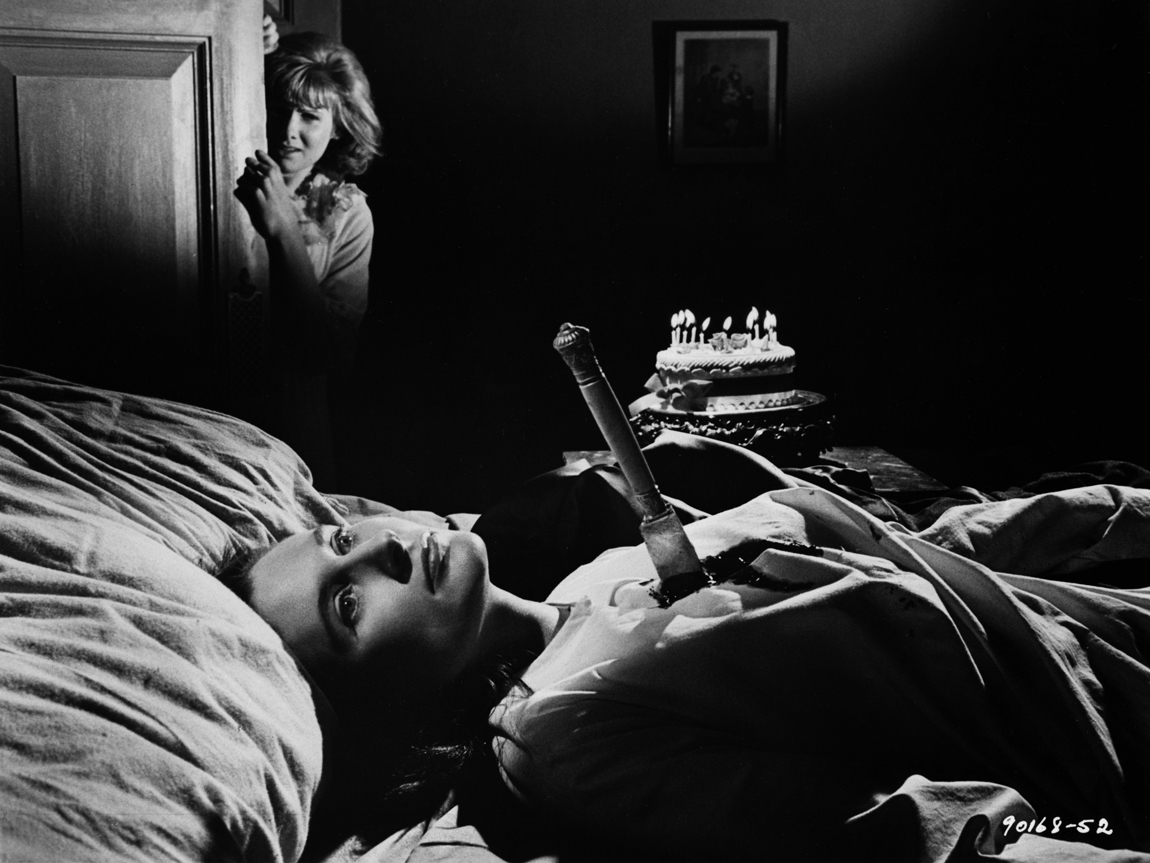