“I didn’t eat it up entirely, but found enough appetizing.“

First-time feature film director Chris von Hoffmann, also co-writer, previously directed shorts and music videos. He sets his strange revenge story in a post-apocalyptic desert wasteland. Perhaps it would have benefited more if its unsettling story was stronger and did not rely so much on violence. However it plays to the slasher crowd, who love such gore and should be drawn to this film. Outlaw brothers, the dim-witted Miles (Aria Emory, also co-screenwriter) and the fierce warrior Dominic (Drew Harwood), seek to avenge their father’s death by killing his murderer. When their car stops in the desert and is attacked by three goons, Dominic kills the goons for severely beating his brother and they go in search of medical help. They end up in Deml, a depressed town, blanketed with vacant mobile homes. Miles is cared for by outsider Vijah (Monique Rosario), the only sympathetic character in the film. Meanwhile Dominic wanders through the desolate town, though warned not to by Vijah. The sassy white trash vulgarian Sasha (Rebecca Fraiser) pounces on the strolling Dominick for sex in his car, until her crazed boyfriend (Anthony Ficco) appears with his psycho cannibalistic goons and violently confront Dominick. The goons work for the mayor, the vicious madman Doyle (James McCabe), who has the surviving brother Miles under house arrest. It’s a dark and bloody stylish survival of the fittest exploitation movie, that’s inspired by many of the popular grizzly horror movies such as From Dusk to Dawn. If you’re not a fan of the slasher genre, you still may be pleased with its strong aesthetics, relentless macabre happenings and its unique musical score by Nao Sato. Even if things get too bloody, you still might appreciate von Hoffman’s skill in making the bizarre tale believable, looking so big time visually and in its shocking images. I didn’t eat it up entirely, but found enough appetizing. 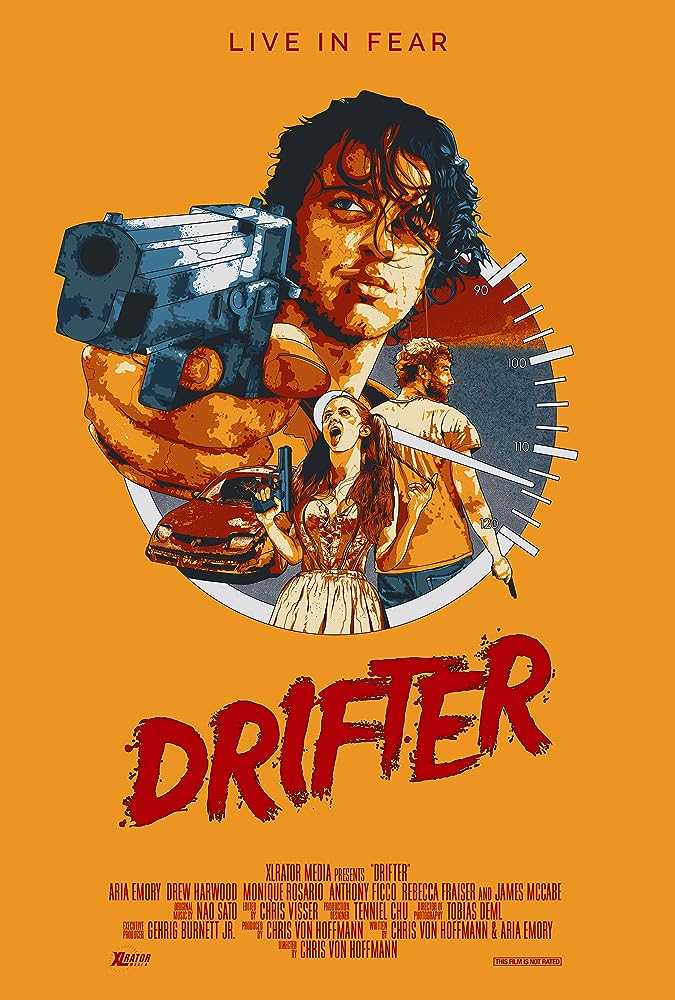