“A low-budget horror story directed as an exploitation film by John Hayes.”

A low-budget horror story directed as an exploitation film by John Hayes(“End of the World”/”Grave of the Vampire”/”Jailbait Babysitter”).

Grace MacDonald (Brooke Mills) is an unbalanced young adult in search of her missing father Timothy (Edmond O’Brien). The lost soul grew up in an orphanage. She now works at a strange theatrical job, whereby she assists Reverend Jesse Bundy (Michael Pataki) in his traveling revival show by diving off 30-foot towers. When Grace discovers dad in the morgue, he comes to life on the embalming table and goes on with life as a vulgar, drunk, squeeze-box playing Irishman.

The unhinged Grace, lost in a make-believe fantasy world, starts killing people with such tools as an axe, a knife and a scythe. The great character actor Arthur Franz plays a shrink, who is given the task of explaining things.

Other significant cast members include Marc Lawrence as a pimp and undertaker. The film’s real surprise is that quality actors such as O’Brien, Lawrence and Franz are in such a crappy film. 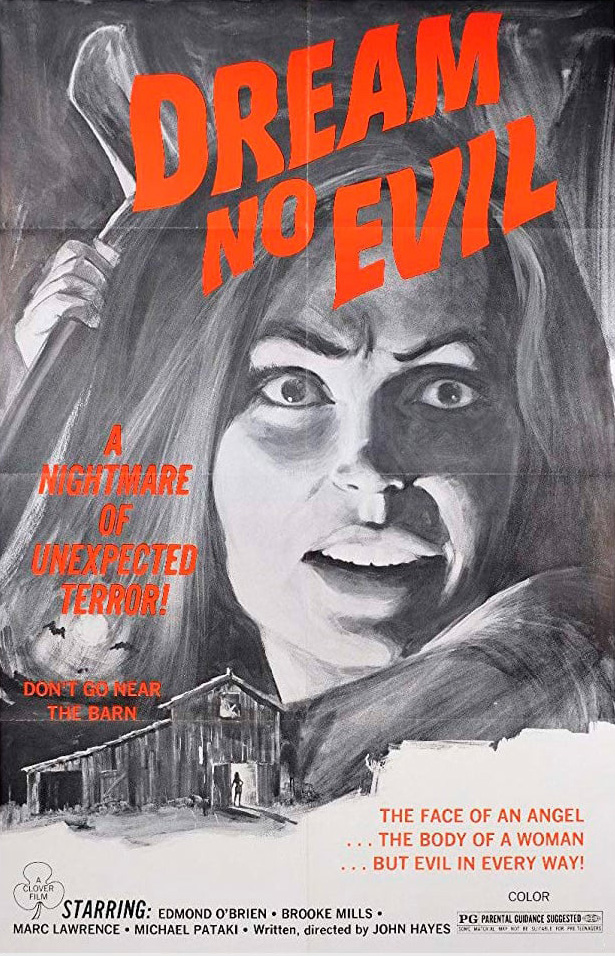