Tod Williams (“The Adventures of Sebastian Cole”) directs and writes this biting tragicomedy based on the first third of John Irving’s 1998 novel “A Widow for One Year.” The underpinnings of the melodrama are embedded in how an emotionally bereft guilt-ridden couple deal with their hurtful relationship after the loss of their two beloved teenager sons in a traffic accident on a snowy road some five years earlier. Ted and Marion Cole (Jeff Bridges and Kim Basinger) are the wealthy East Hamptons couple whose marriage is on the rocks. Ted works out a plan where they go on a trial basis separation for the summer, as he rents an apartment in the nearby village and they take turns living there every other night. Coinciding with the failing marriage drama is a coming-of-age tale involving an underage boy, Eddie O’Hare (Jon Foster), with the much older Marion.

Ted’s a children’s book author and illustrator (uniquely making squid-ink drawings), who seeks out neighborhood women to pose nude for his illustrations. Mimi Rogers has a thankless supporting role as one of those models who doesn’t take it too well when Ted tries to dump on her after she poses nude (why Ted needs nude drawings of women for his children’s books was never explained).

The beautiful Marion walks around as if comatose and wraps whatever love she has left inside her around her precocious 4-year-old daughter Ruth (outstandingly played by the 6-year-old Elle Fanning), who still prefers her more humorous storytelling dad.

Eddie is an admirer of Ted’s writing and an aspiring writer. He’s a 16-year-old upper-classman at the elite prep school Exeter, where his dad teaches, who is hired by Ted for the summer to be his writing assistant it turns out not only as a favor to his alma mater or because he needs a driver because he lost his driver’s license, but as a gift to his wife. The serious-minded but socially awkward Eddie resembles the couple’s eldest son (the main reason he was hired), and will soon lose his virginity when seduced by Marion. Their affair begins after Marion catches him masturbating while staring at her underwear and instead of expressing shock takes pity on Eddie because his actions are deemed as typical of male teens. Ted threatens to use that affair to gain custody of Ruth if he files for a divorce.

The Cole’s beach house has its hallway lined with framed photos of Ruth’s deceased brothers she never met in the flesh, whose lives she asks to hear about every night before she goes to bed. Ted is at ease in his luxury beach house, walking around in his bathrobe or in the buff, scruffy bearded and with unsightly hair. He also constructed a homemade squash court in the barn that secretly fits his imaginative needs, where he shows off his athletic prowess to the invited competitors. Ted’s a heavy drinker and a womanizer, who makes light of his failure as a novelist and success as a children’s author by pointing out he’s merely an “entertainer of children.”

The heart of the film is about the couple dealing with the death of their loved ones and finding a way to heal a relationship that has taken a wrong turn. There are many framed shots of a shell-shocked Marion sitting in her parked car for an indefinite period with the left blinker signal turned on, and of Ted walking around the house with a drink in his hand.

The film’s title is derived from the title of a children’s book Ted wrote, which he reads aloud to an appreciative adult Hamptons audience. The title also serves as the film’s convenient metaphor (indicating that the main characters are afraid to open up to what remains locked inside themselves).

“Door” was uneven (the psychology behind the adulterous affair never seemed more than superficial Freudian analysis). But there were moving moments that cut through all that wasn’t said to offer more than the usual Irving sentimentality and quirky moments. The film is rich in details about character development. It also leaves the viewer something more to reach out for after discovering what drove the seemingly unsympathetic couple to their current marital crisis point (Bridges’s agonizing effort to tell Eddie about the car accident in the smallest details results in our belated sympathy for the imputable but heartbroken parents).

Bridges presents an interesting portrait of his contradictory character–a talented, witty and lovable egotist tormented by a sense of failure and fear of the unknown. Basinger captures her character’s gloom, withdrawal from life, vulnerability and inability to fully love anymore because of her recurring fears and anxieties. While the bland Foster is good at bringing out how he moves in one summer and turns from a floundering innocent to a more cynical person over his unwise relations with both Marion and Ted, where he becomes the catalyst for the two injured parties to further spark their gnawing self-doubts.

The film’s greatest failure, however, is that the couple’s inappropriate actions never quite makes sense and therefore I just don’t know what lesson I was supposed to take away from this amoral adult tale. Maybe I was just supposed to be entertained by the comedy and engrossed by the tragedy, and find enough to be satisfied with in the elegant literary way the story was told. If that was the case, this film was a limited success. 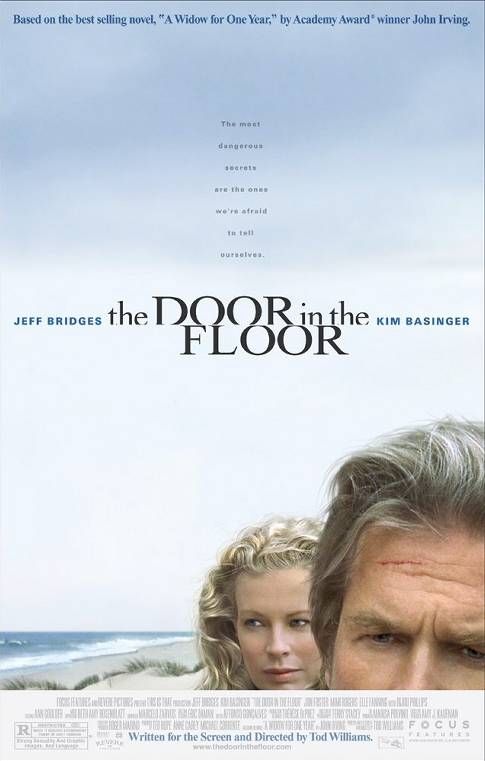