“Without sensationalism, the excellent documentarian Fogel gives us as much details as possible of this headline making ugly murder, one that shocked the world.”

Bryan Fogel (“Icarus”) directs a no-nonsense political documentary about the murder of the 60-year-old Jamal Khashoggi, the Saudi Arabian Washington Post journalist, while he was inside his country’s embassy in Turkey on October 2018. Concern for him came when he never emerged with the marriage papers needed for his second marriage while his would-be wife waited outside the embassy for him. We would later learn through an audio seized by the Turkish police that Saudi assassins had tortured and killed him.

The journalist was once an insider in the Saudi regime but was now considered a great threat to them. The evidence of the plot to kill him leads directly to Saudi Crown Prince Muhammad bin Salman (MBA). He’s the government ruler who has been chosen as heir apparent by his ageing dad.

The informative documentary tells of Khashoggi’s links to an underground network of dissidents and how they were tracked by the Saudis using modern technology.

The 27-year-old Omar Abdulaziz, a dissident Saudi now living in Canada, uses an online network to expose the Saudi troll farms and their operatives who flood Twitter to drown out the voices of the Saudi’s opposing factions.

Using methods of investigative journalism, the two dissidents joined forces against the Saudi regime and reveal the dirty business they were involved in.

We follow how the now Washington Post journalist was divorced by his first wife and moved to the United States for safety after attacking his corrupt government. The doc tells of his romance with the journalist Hatice Cengiz, and her emotional reaction to his murder.

Without sensationalism, the excellent documentarian Fogel gives us as much details as possible of this headline making ugly murder, one that shocked the world. 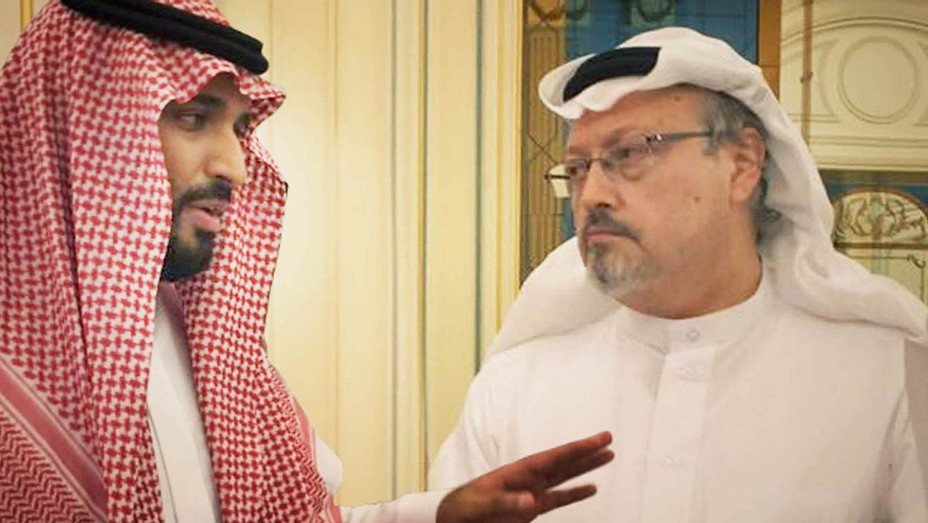