“It was a thought-provoking film, but in a very manipulative way.”

Frozen is an independently produced Chinese film; it was set in 1994 and it reflects the pessimism the artist community of the post-Tiananmen Square generation felt about the materialistic Communist regime and how the regime stifles free expression. It is a call for artistic freedom, but interestingly enough this political film shies away from offering any significant political commentary. The director, Wang Xiaoshuai, clashed with the Chinese authorities over the film, since filmmakers in China must go through official channels. He finally took the film secretly to Amsterdam to get it released and took the pseudonym Wu Ming, meaning “No Name.”

There is a coldness that prevents it from being anything more than an intellectual response to what the students and avant-garde community in Beijing were feeling at the time.

The story is told in flashback style of a laconic, stoic, depressed college student, Qi Lei (Jia Hongshen). He is a performance artist who decides that at the beginning of each of the four seasons he will perform a symbolical death ritual, which will culminate in his actual suicide. Qi Lei starts with a mock self-burial in the autumn, a mock water burial for the winter, a mock burning for the spring, and for the summer he plans to go through with an actual ice burial.

It is very difficult to feel anything but regret for Qi Lei’s plan of a slow suicide, a martyrdom for the cause, to show how repressive the communist system is and how tired he is of living. Qi Lei’s plan is to use himself as a concept for others to rally around his cause. The world has had too many martyrs already and his plan is such a calculating one, that three-quarters of the film is boringly spent showing him with his fickle friends and uncaring family.

The film opens at a posthumous exhibition of Qi Lei’s art work, where the attendance is good for the first day but interest in his death soon wanes.

Qi Lei will be shown again via flashback communicating with the other students and performance artists, who either do not act favorably to his suicide plan or remain quiet. A performance artist eats a bar of soap with a knife and fork and is revolted by what he eats, almost as much as the audience is revolted by seeing him go through that routine. A fortune teller mysteriously mentions that he will be reborn, that one life leads to another. Qi Lei’s friend, Longhair Guy, thinks he might be having mental problems and brings him to a mental-health clinic so he can be dissuaded from committing suicide, but a mistake in identity occurs and the doctor takes the wrong patient. This was a hard scene to swallow. It seemed to be a very forced metaphor on the political situation, though it provided some much needed levity rather than any particular increase in political insights.

The last 20 minutes of the film offers a surprise twist to the story and thereby saves it somewhat from the doldrums it was in. It results in a film that gets its message across that freedom is frozen in China, and that things are still far from democratic. It was a thought-provoking film, but in a very manipulative way. 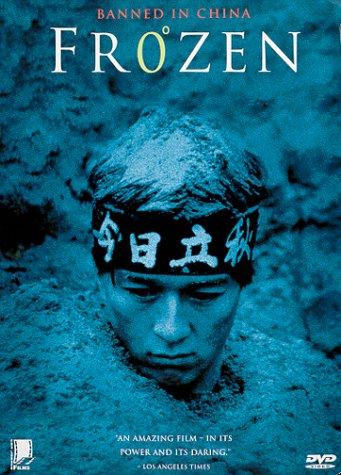