Henry King (“The Gunfighter”/”Mrs. Miniver”/”Twelve O’Clock High“) competently directs this agreeable but forgettable inane family drama. It’s based on the novel “Spoonhandle” by Ruth Moore, and is written by Richard Murphy.

In Maine, Dana Andrews is a lobsterman. Jean Peters is a social welfare worker. The couple were once an item, but split when Dana refused to change professions as requested by Jean. The two argue over the fate of runaway 14-year-old orphan boy Dean Stockwell, whose new foster mom is the stern but caring Ann Revere. The kid’s father and uncle were lost at sea, and the kid wishes to also be a seaman. The kid has run away a few times to become a seaman, but has been safely returned. The last time by Dana and his Portuguese friend Cesar Romero, who rescue the kid when he’s out in a storm on a small boat. It all leads to Dana adopting the kid, and everybody living happily ever after when the kid finishes his jail term in reform school for stealing a camera. 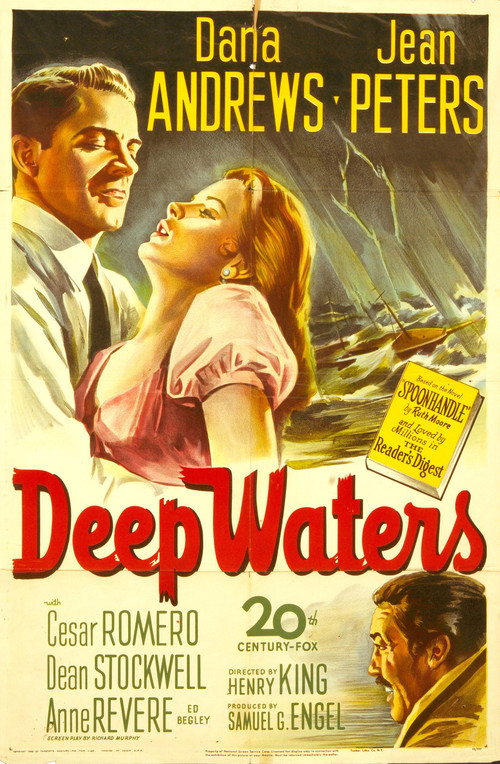