A satiric horror/comedy and found-footage feature debut by married co-directors and co-writers Joseph & Vanessa Winter. It had too many repeated scares and was not that funny, but it’s well-executed even if the result is a hardly lovable below average horror pic.

The thirtysomething bearded Shawn Ruddy (Joseph Winter) is an obnoxious, self-absorbed and disgraced popular figure on the internet, getting rich on endorsements for doing stupid stunts for a YouTube audience on his self-promotion show “Wrath of Shawn” (like Shawn in a basket going down a powerful rapids). He hopes to win back his fans who abandoned him after he cruelly put a homeless man in the hospital after arranging a fake fight. He plans to regain their fandom after spending one night alone in an abandoned and boarded up 75 years ago Utah haunted house in the woods (with eleven deaths taking place there, including the original spinster poet owner’s suicide). This feat takes place  after confessing his fear of ghosts to show his viewers what he would do to keep them as fans.

The one-note film improves with the arrival of his superfan Chrissy (Melanie Stone), in the third act. She has tracked him down to his latest stunt, in the notorious haunted house he has broken into. His viewers, seen in the lower left corner of his livestream, urge him to keep her in the show. She thereby abets him in provoking accidentally the evil spirit. What follows are a number of twists and gore, as there’s a multi-camera filming of him in action and a running commentary as he must fight off an army of supernatural creatures to save his life and at the same time plead with his followers not to demonetize him.

The fun is in its nastiness and how sarcastic it can get. How entertaining it is depends on your tolerance for the lead being such an unlikable character and you still finding his livestream act funny even as it turns deadstream. 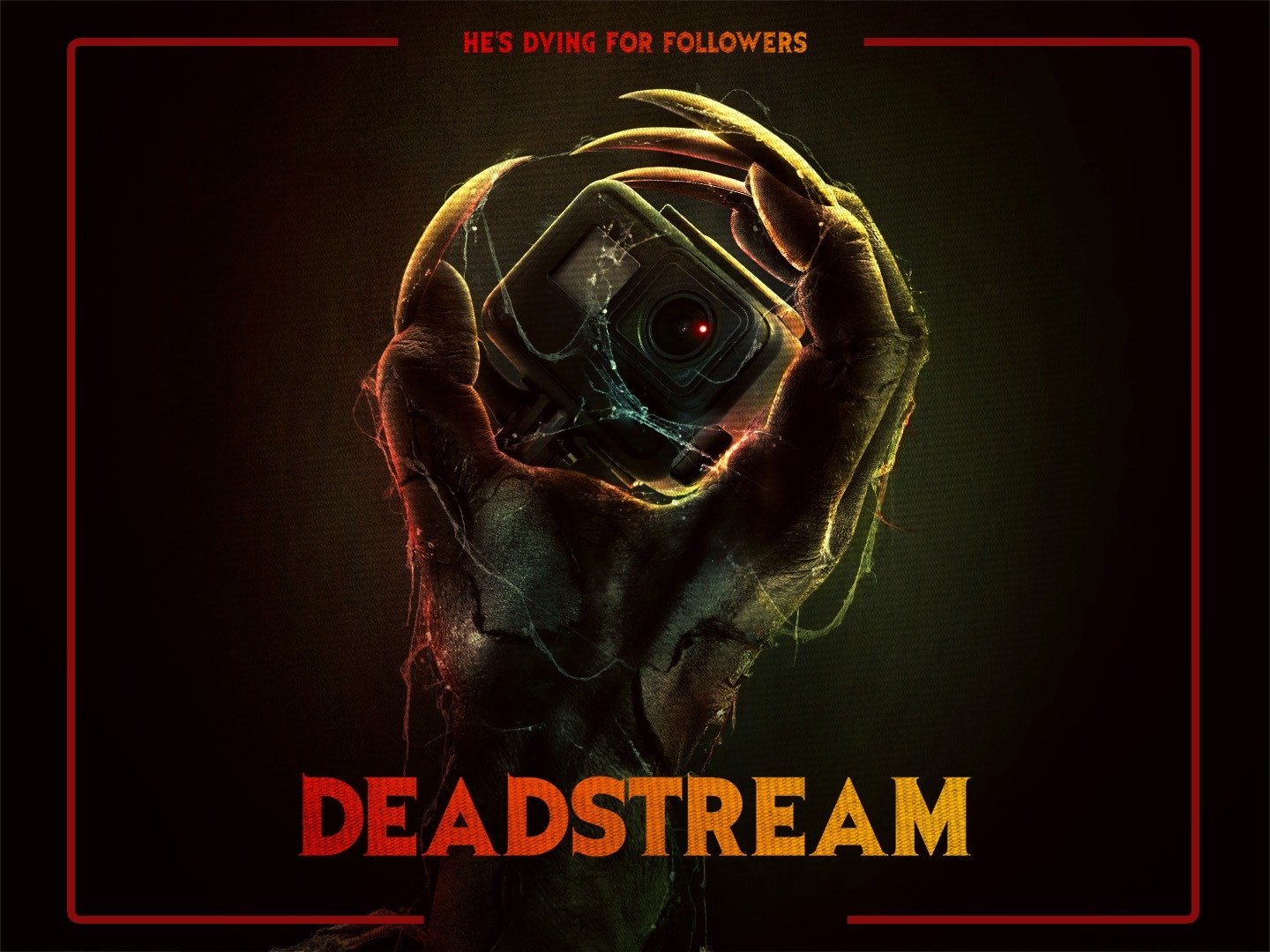