“Morrison’s work of passion, almost fully of archival footage, is interesting but exhausting as a work of preservation.“

In this appealing documentary, paying homage to silent film, innovative filmmaker Bill Morrison (“The Great Flood”/”Decasia”) recognizes that a construction worker operating a bulldozer in 1978, in a Yukon town landfill, digs up a long-lost collection of 533 nitrate film prints from the early 1900s. When fully examined the reels from the nineteen-tens and twenties contained films by D. W. Griffith, Lois Weber, Allan Dwan, Tod Browning, and other early cinema greats that were believed forever lost. Morrison delves into the political and cultural history of the films, and also traces the history of Dawson City where they were found.

We review the discovery of gold along the Klondike River, in 1896, and the gold rush 1897–which includes footage from Chaplin’s classic silent of the 1925 Gold Rush. Morrison’s work of passion, almost fully of archival footage, is interesting but exhausting as a work of preservation. But as far as the storytelling goes, it was too dry to fully hold my interest. The lengthy spellbinding film covers endless ground as a history lesson, but needed rest stops for us to catch our breaths. 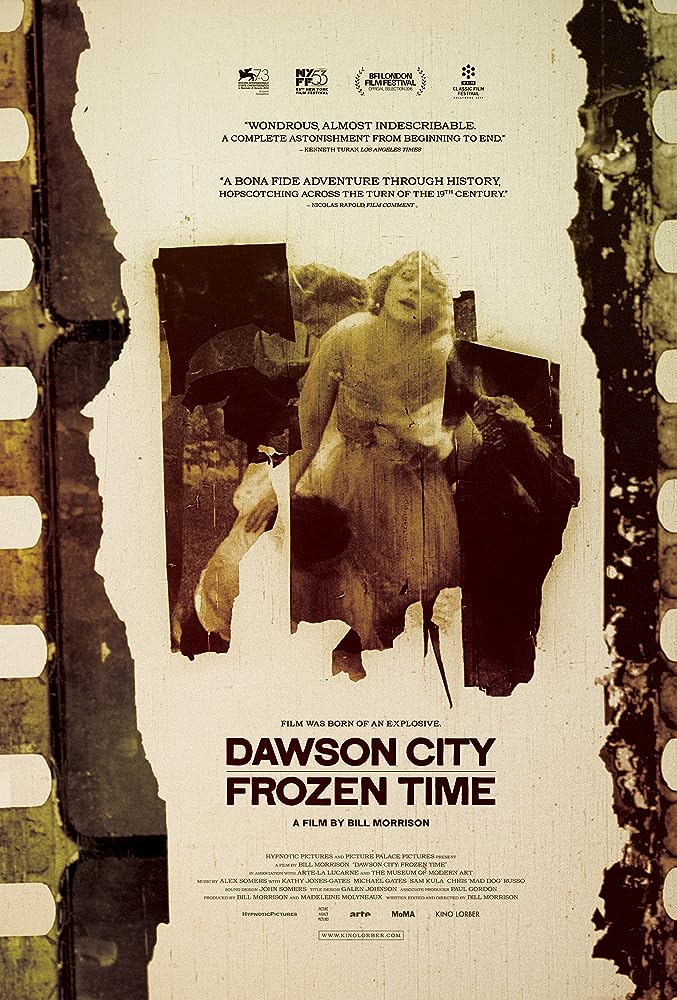 WHILE YOU WERE SLEEPING