British writer-director Joel Hopkins (“Jorge”/”Jump Tomorrow”) helms this awkward romantic comedy that teams for the second time Emma Thompson and Dustin Hoffman following Stranger Than Fiction (2006). It’s sentimental poop, predictable and heavy-handed, but it’s mildly entertaining because it’s so gentle and never loses track of its limits. Though Hoffman gives his usual irritating manic loud and shlumpy scene-stealing performance, Thompson is quite good as the better half of this relationship as she endows her stock supporting character with enough moral fiber and stiff upper lip cheer and resignation to make it at least remotely credible that a doll like her would fall for the talky physically unattractive ballsy nerd character played by Hoffman.

Musical jingle composer for commercials Harvey Shine (Dustin Hoffman) leaves White Plains for London to attend his estranged daughter Susan’s (Liane Balaban) wedding to an American (Daniel Lapaine) nice guy stock market analyst. Harvey’s boss (Richard Schiff) tells the neurotic not to hurry back because the youngsters in the office will nail the new account without him, but Harvey is too locked into his own problems to figure out the boss is telling him that he’s not needed and insists on being at the business meeting.

Sad-sack Harvey learns from Susan that her suave stepfather (James Brolin) will give her away and is made to feel like two cents by his ex-wife (Kathy Baker) at the reception rehearsals when she tells him not to embarrass himself by doing something foolish. After the ceremony, the hurt Harvey misses the reception as he rushes back to New York but misses his flight due to a traffic jam. Upon calling his boss, he learns there’s no hurry back since he’s fired. Drowning his sorrows at the airport pub, he runs into aspiring writer Kate Walker (Emma Thompson) who works at Heathrow polling passengers and he was one of the rude ones who refused to answer her questionnaire. Kate has just gone out on a bummer of a blind date arranged by a co-worker with someone without the good social graces to ask his friends to leave them alone at their pub table after they join them without an invite. Kate like Harvey is also an unhappy soul who is frustrated romantically. The single woman lives with her clinging needy mom (Eileen Atkins), who fears her new Polish neighbor is a serial killer and constantly calls Kate on the cell phone to badger her with trivialities.

The two outsiders, who life seemingly has passed them by, meet on the cute at the pub and Kate ends up attending with Harvey the wedding reception. It’s no problem figuring out from here on what results.

The film looks terrific but sounds as banal as its schmaltzy plotline, but at least there’s a few laughs and some good London sights that don’t include Big Ben to make it almost bearable. 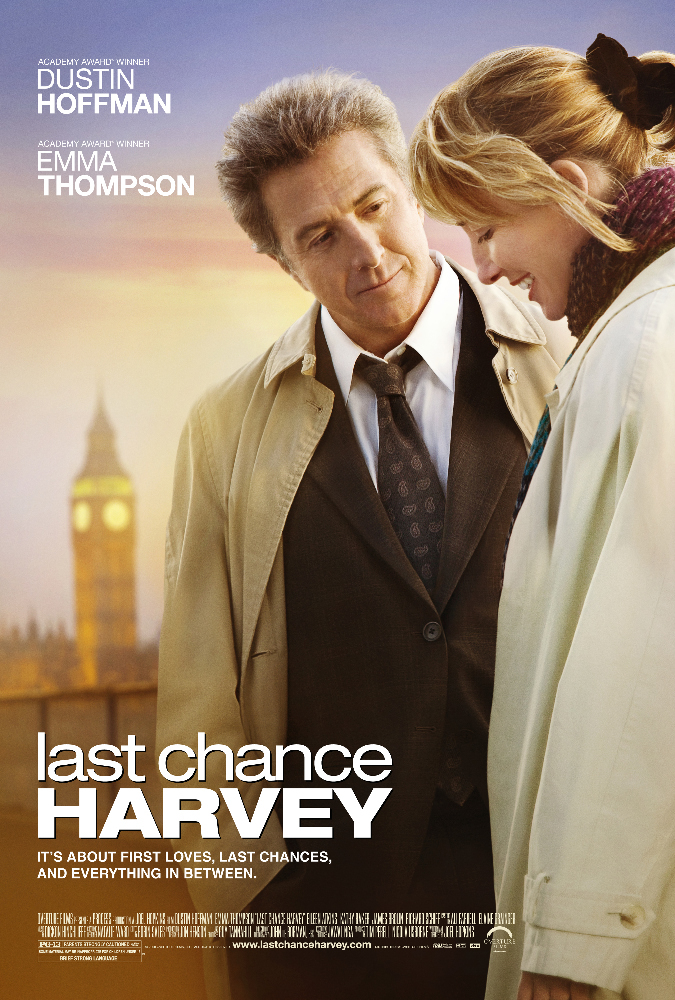