Frederick De Cordova(“Frankie and Johnny”/”I’ll Take Sweden”/”Peggy”) flatly directs this politicized pre-Civil War western, but gives it enough action to pass muster. It’s based on a story by William Sackheim, who adapts it to the screen.

In New Mexico’s Fort Union, in Jan. 1861, in Navajo territory, the Civil War is imminent and loyalty among the troops is divided. The new commander from Mississippi, Captain Lee Whitlock (Robert Sterling), is accompanied by his sister Marcy (Joan Evans). The foolish glory seeking captain nearly starts a war with the friendly Navajos when he believes they scalped a prospector and stole his gold. But Lt. Sayre (Audie Murphy) investigates and discovers the killer was a bad white guy prospector (Alan Dexter).

Like her bigoted brother, Marcy hates all Indians. She gets off to a bad start with Jed, who has a secret reason for being an Indian lover.

Complications arise when the Union’s commanding general of the New Mexican territory, stationed in Santa Fe, the ambitious Brig, General Storey (Ray Collins), turns out to be a traitor who schemes to make sure the Rebs will win the west and by stealing gold might win the war, as he plans to secretly move his Union troops to Texas and trick the Navajos into attacking a depleted Fort Union.

Audie foils the plot, wins the gal, talks some sense into her confused brother and thereby saves the day for the Union. Under a more dynamic director the film would have fared better. But the fresh-faced Audie does his hero thing here and that was good enough for me. 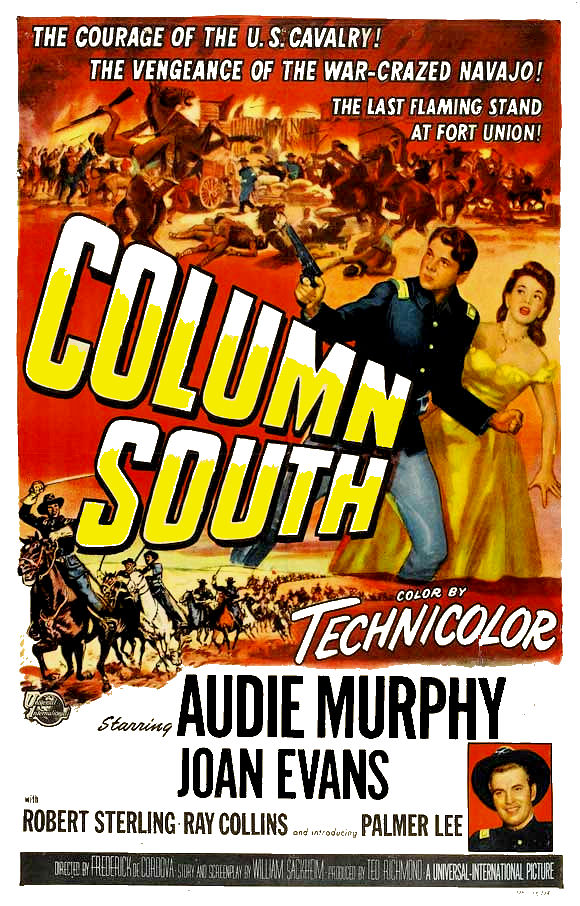