Experimental filmmaker Nina Menkes (“The Bloody Child”/”Queen of Diamonds”) creates a new kind of cinema. It is set both in the prostitute heroine’s troubled mind and in an oppressive Hispanic part of LA, where the sets are in bloody red boudoirs and dance halls, sleazy hotel rooms and prison cells. This visually appealing but plotless surreal film owes its poetry text to Mary Daly, Gertrude Stein and Anne Sexton. It’s a minimalist told tale of murder, crucifixion (with heavy religious imagery throughout), alienation, friendship between women, and a search for identity in an alien world. It offers a bleak outlook for modern mankind, emphasizing how desire is what influences people more than anything else.

The film opens with the blurb “Story of a Red Sea Crossing.” Then a man with a rifle slung over his shoulder asks the schizophrenic prostitute Ida (Tinka Menkes, the director’s sister), “What do you like better than anything else?” Ida responds “I like being where I am … meaning I’m not here.” It turns out Ida hates her work, finds her clients ugly and performs sex acts with her johns without any feelings. Ida confides her bizarre inner thoughts to best friend Claire (Claire Aguilar) in a number of scenes filmed in close-ups, revealing Ida’s anguish. The women consider themselves related by the code of the feminist movement, declaring they are “two sisters not sisters, but two sisters who are orphans and related even though they have a different mother and father.”

Ida tells Claire, “I want to love someone, but I don’t know what to do.”

The hotel night manager discovers the body of Ida’s dead pimp and the police arrest her. Ida maintains her innocence throughout and that the blood over her arms is merely from her menstrual cycle. But, nevertheless, she is slated to be executed.

It’s an unusual and powerful tale that is filmed in a dreamlike landscape and in a metaphysical world where meaning is not always rationally apparent. Director Menkes has created a compelling psychological journey for a woman whose suffering takes her from a dependence on men to an awareness of her inner self that makes her dangerously thought of by others as an independent thinker. A film that one will either love or hate, as there is probably no temperate ground between those extreme reactions. Nina Menkes has declared in an interview that “cinema is sorcery.” I believe that is what the filmmaker achieved. Ida’s troubled existence reflects on how she is not suited to dwell in such a place that leaves no room for visionaries or seers, though there’s a pretense by society that it cares about its disenfranchised female souls. The film is so slanted to the female experience that it might have more of an appeal to women than men. 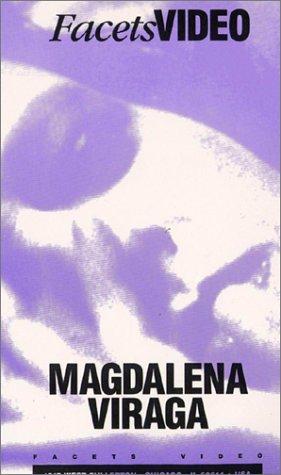 CARVE HER NAME WITH PRIDE