A fun-filled camp fantasy melodrama about cobra worshipers on an exotic secret tropical island. It was shot in appealing Technicolor on Universal’s back lot. Sarong-draped beauty Maria Montez has a dual role as both the good and evil twin sister. Director Robert Siodmak (“People on Sunday”/”Son of Dracula”/”Phantom Lady”) keeps the hokum going at a fast pace. It’s based on a story byW. Scott Darling and is written by Gene Lewis and Richard Brooks.

On a peaceful South Sea island local native beauty Tollea (Maria Montez) is kidnapped on the day she’s to marry Ramu (Jon Hall) by a mute giant Hava (Lon Chaney) and brought back to Cobra Island on orders of the island’s queen (Mary Nash), her grandmother.MacDonald (Morsoni Olsen) is a Scotsman adventurer living on the island, who tells Ramu that he raised Tollea as his daughter since she was a one-year-old stowaway on his ship after he was tortured and released from Cobra Island when he was shipwrecked on the forbidden island. Ramu learns that Tollea has been taken back to Cobra Island and pursues her despite warnings from MacDonald that strangers are killed on the island according to tribal law. Kado (Sabu), the goofy loyal teenage servant of Ramu, tags along uninvited.

On the island, her grandmother queen tells Tollea that she was brought back to her people to be the rightful ruler. We learn that Tollea’s younger twin sister Naja now rules the island as the high priestess and is a cruel despot. Naja is set to marry the evil priest Martok (Edgar Barrier), and the evil duo try to eliminate rescuers Ramu and Kado and their playful pet chimp Coco. The outsiders try to help the queen restore the rightful oldest ruler Tollea to her place on the throne, but must first eliminate the opposition.

It’s nutty fun, the sets are a visual treat, the hammy acting is fitting for such a wacky tale, the action is fast and loose, there are snake dances in the holy temple that look like a lounge act and you can’t beat the thrill of witnessing a rumbling volcano be a signal if the gods approve or don’t of the island ruler. 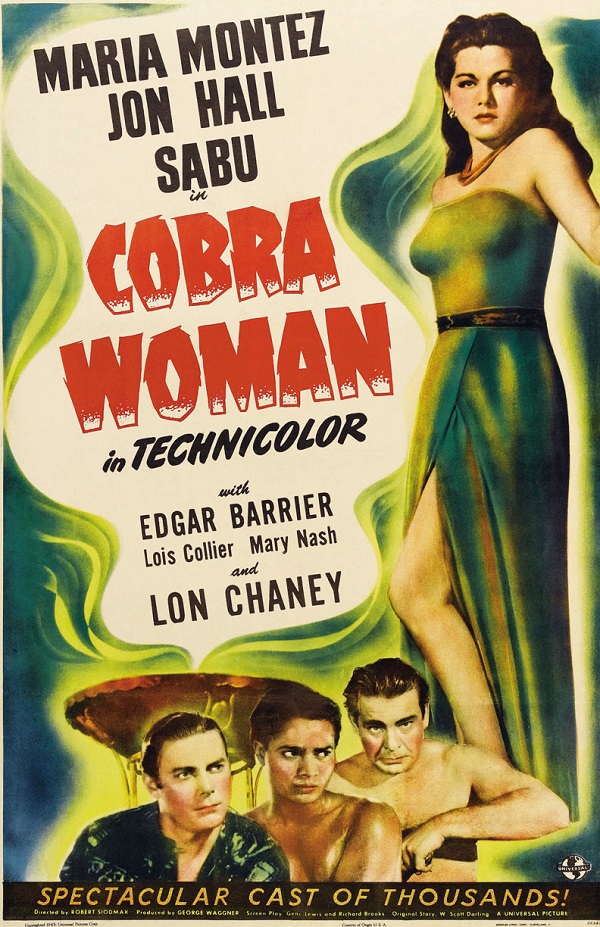