“A fascinating work of originality.”

Farocki’s film work began in West Germany in 1966 and is compared by many with the essay-film tradition of Chris Marker. The provocative filmmaker contrasts several ways photographs and images have been looked at throughout time and comes to the bitter conclusion that they are only clearly seen through despair and heroic courage.

His three main points of references are the following: 1) Dr. Meydenbauer, who in 1858 came to the conclusion it was safer to do scale measurements for the church he was working on through photography than measurements taken on the spot. 2) In 1960 the subject came up of how to face a camera for Algerian women who were previously veiled but were now forced to have their photos taken for identity cards for their colonist government. 3) And, how on April 4, 1944, the U.S. took aerial photos of the Auschwitz Concentration Camp and saw the I.G. Farben chemical plants, where 30 out of every 200 hundred workers died each day; but, it wasn’t until 33 years later that the concentration camp itself was noticed. These aerial photos are contrasted with Nazi photographs and images drawn by an Auschwitz Jewish prisoner, Alfred Kantor.

Though the documentary never becomes completely coherent, it nevertheless is a fascinating work of originality. Farocki’s Images of the World and the Inscription of War serves as a meditation on the power of the image, the process of perception and how the viewer’s understanding of the image is affected. Since the photographs used were from the real events, this documentary is of historic importance. Farocki’s film is, perhaps, the Rashomon of the non-fiction genre. 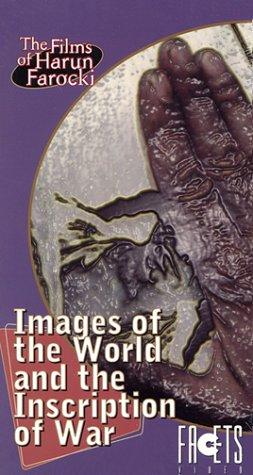