“A uniquely beautiful spiritual film that centers around magic, healing and visions.“

In this other worldly dream-like film, directed and written by the talented Thailand filmmaker Apichatpong Weerasethakul (“Worldly Desires”/”A Letter to Uncle Boonmee“), soldiers with a mysterious sleeping sickness have been relocated to a remote temporary clinic in a former school in the secluded northern Thailand jungle town on the Mekong River.

The film centers around a former resident, Jen (Jenjira Pongpas), a middle-aged cane-using housewife with one leg shorter than the other, returning home with her occasionally seen American, ex-soldier, husband (Richard Abramson) after living in the States. As a child, she attended the school that is now this new hospital, where she volunteers to look after the patients reliving past battles in their sleep. Outside the clinic, a bulldozer unearths whatever remains from a thousand years ago, that might still be there, when an ancient kingdom was wiped out in a battle. Jen’s befriended by a psychic volunteer, Keng (Jarinpattra Rueangram), who might be a government spy but can communicate with the sleeping soldiers and possibly enter into their dreams.One of the sleeping soldiers, with no visitors, Itt (Banlop Lomnoi), when he briefly awakens, bonds with Keng and becomes like a son to Jen.

There are many weird things about this place. One such is when Jen makes a sacrifice at a local temple and two ghost-like goddesses emerge to explain that the soldiers are suffering because the hospital lies buried on the cemetery of long-dead kings and that their souls have been conscripted to continue fighting their endless wars (sounding like America’s current events). The oddness of the place is never questioned by any of the awakened characters, and its slow pace makes this a possible snoozer that should send a mainstream audience to an early exit. However, what it does best is blur the lines between reality and the dream world, as it induces in us a meditation experience on communicating with our unconscious.

It’s that kind of ‘fantastical’ movie experience most viewers might not be used to and are unwilling to appreciate. For those that do, they should experience a uniquely beautiful spiritual film that centers around magic, healing and visions. 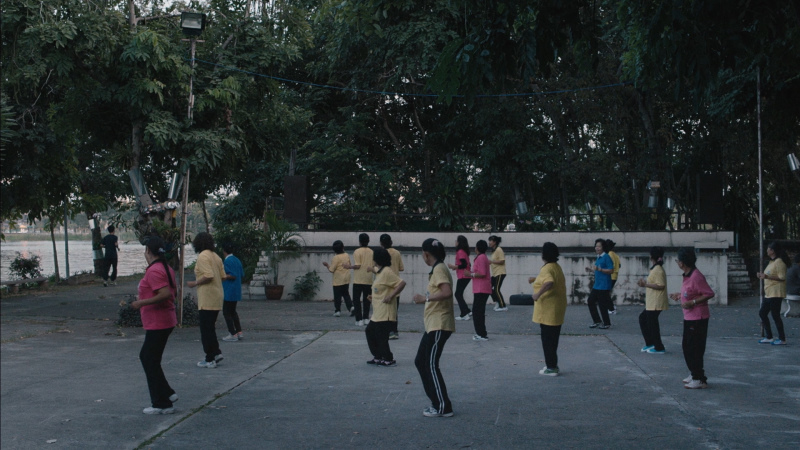