“An engaging documentary touching on Hollywood’s on screen treatment of homosexuality.”

An engaging documentary touching on Hollywood’s on screen treatment of homosexuality. Filmmakers Robert Epstein and Jeffrey Friedman (Oscars for their previous collaborations, “The Times of Harvey Milk” and “Common Threads: Stories From the Quilt”) go back to Hollywood’s beginnings to chronologically trace homosexual typing and how the fleeting screen images of gays left a lasting legacy. It begins with showing the 1895 Thomas Edison silent short in which two men dance arm-in-arm at a social gathering and goes up to the more kindly portrayal of gays in the 1993 AIDS drama, “Philadelphia.” Though, filmmaker Jan Oxenberg wryly observes “maybe they’ll make a story with a gay hero who lives, one day.”

Most of the images of homosexuals were either explicitly or implicitly negative–from the “sissy” character to the hinted at “swish.” Homosexuality was something “to laugh at, pity, or fear,” as we learn from movies what it means to be a man or woman. Lily Tomlin is the narrator; the narration is scripted by Armistead Maupin. The film is based on the 1981 film history book on gay characters by Vito Russo (died of AIDS in 1990).

An odd list of interesting filmmakers supply their pungent comments when interviewed. The most playful is provided by Gore Vidal. The acrimonious screenwriter of William Wyler’s 1959 Ben Hur tells of his conspiracy with actor Stephen Boyd during the shooting. Vidal got him to play his Messala character in his reunion scene with Heston’s Ben Hur character as though the old friends and now bitter rivals had once been lovers. Heston had not been told of this and played it as if he were Francis X Bushman (the original Ben Hur)–angry at Messala for unexplained reasons.

The film is supplied with many colorful film clips from a cross-dressing Marlene Dietrich’s famous kiss of another woman in the 1930 Morocco to Dirk Bogarde in Victim (1961), as the first star to openly play a homosexual. The film should appeal to both film buffs and a gay audience. There’s no radical agenda; it’s just a fun film with an honest assessment of Hollywood’s shadowy presentation of gays throughout the years. There was much homophobia was in those mainstream Golden Age films, which might be surprising to some. 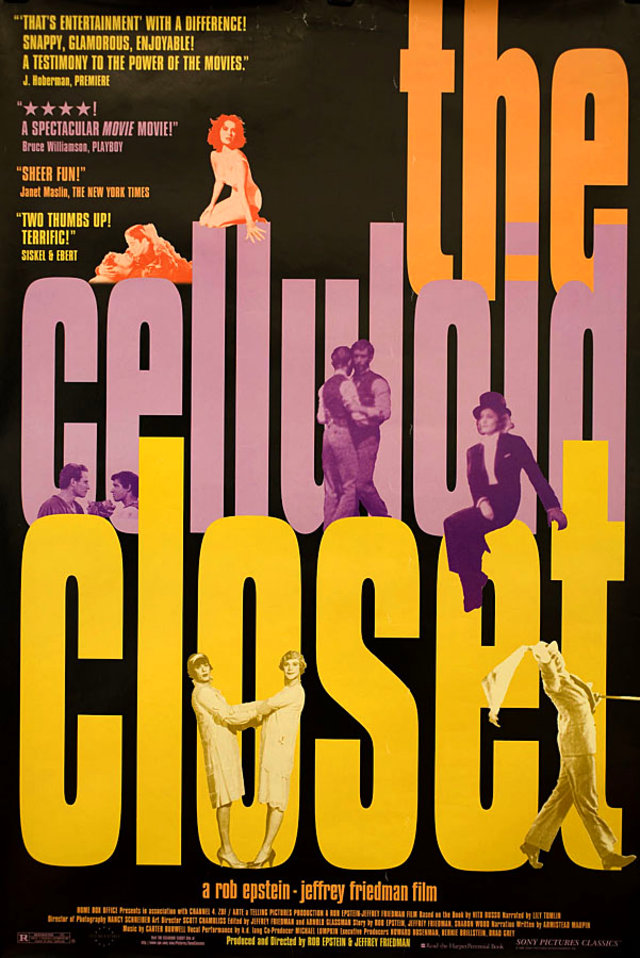