A curious black-and-white musical Western by the same team of director Noel Smith and producer Bryan Foy that worked on Dick Foran’s musical Westerns. The lively screenplay for this B Western, interjected throughout by bursts of singing, is by Tom Blackburn. It’s set in an economically strapped Texas just after the Civil War when Yankee investors have saved the state from financial ruin by gobbling up big chunks of grazing land. One of them is Judd Hastings (Ray Teal), who meets with the governor in Austin and is told the law is on his side to dispossess the nesters on his land but Texas doesn’t have a militia to enforce the law. Hastings returns to his big spread in the cattle town of Questa and issues a dispossess order stating if the nesters do not leave immediately their livestock will be confiscated. Hastings has hired 40 goons led by tough-guy Keeno to clear the nesters off his land. The governor, hoping to avoid trouble sends his special envoy Mike McGann (Dennis Morgan) and his partner Shiloh (George O’Hanlon).

McGann arrives when Keeno’s men are chasing after nester Ben Curran (Philip Carey), who is leaving but can’t accept the loss of his cattle or being shot at. Sizing up the situation, McGann sides with the poor nesters over the greedy cattle baron but tries to keep a gunfight from breaking out between both sides. The singing cowboy and cocky ladies man also attracts the attention of Hasting’s nice single pretty daughter Marian (Amanda Blake) and the feisty senorita Queli (Rita Moreno), the daughter of Mexican nester Felipe Rojas.

McGann’s brilliant efforts to avert a range war fall short because Hastings refuses to release the cattle he confiscated, but after a few battles it leads to a rousing climax that includes a stampede as the good guys prevail and law and order is restored. 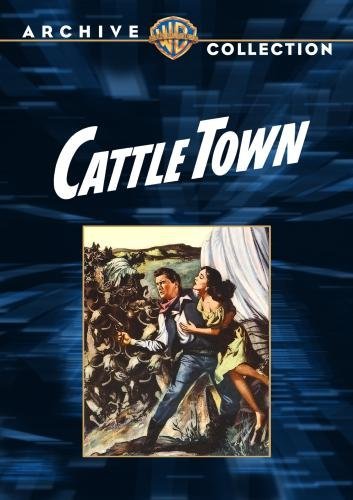 WOMAN IN THE WINDOW, THE

LADIES ON THE ROCKS