ONE NIGHT IN MIAMI

“In this sincere fictitious film, based on true incidents, the black legends featured are humanized.”

This theatrical film (which remains stagey) is the wonderful directorial debut of the black actress Regina King. It’s scripted by playwright Kemp Powers, based on his 2013 play of the same name. The black history film has an imaginary one night meeting in a motel room in 1964 of the 4 black friends: Malcolm X (Kingsley Ben-Adir, British actor), the newly crowned boxing champ Cassius Clay (Eli Goree), the football great Jim Brown (Aldis Hodge) and the soul singer Sam Cooke (Leslie Odom Jr.). It takes place in the run-down Hampton House Motel, on the black side of Miami, called Liberty City. The meeting was called for by Malcolm X after the 22-year-old Clay defeated the heavily favorite Sonny Liston (Aaron D. Alexander) for the heavyweight championship and became known as Muhammad Ali. Instead of celebrating the win, as expected, the black icons had a serious talk of the issues facing blacks and their own inner problems.

At the time, heavy changes are taking place in the country and among the above mentioned leaders, such as the Black Muslim activist Malcolm X, Clay’s mentor, is leaving the Nation of Islam movement because he opposes the ethics of that group’s leader Elijah Muhammad (Jerome Wilson), just as Clay joins it and changes his slave name, Brown retires from football to begin an acting career and the wealthy successful singer  Cooke is questioning his role as an artist in the civil rights movement.

Brown and Cooke want changes, but want to work in the system, while Malcolm wants to separate from the whites.

The next morning they end the meeting stating the stance they want the black rights struggle to take for the future and to warn the country that change is coming. In this sincere fictitious film (the meeting took place, but what was said is not known), based on true incidents, the black legends featured are humanized, as they razz each other and even the always stern-faced Malcolm gets ribbed. Within two years both Maloclm and Cooke were dead (one from an assassination, the other from a motel incident). 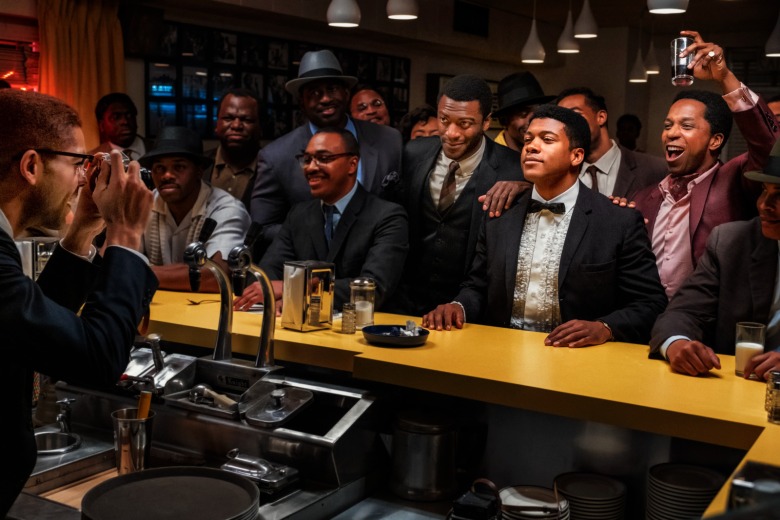