BUT I’M A CHEERLEADER

The simple message this one-note film envisions, is that one should never be who they are not. To show how ridiculous the Christian fundamentalist family value adherents have gone in trying to force their beliefs down everyone’s throats, the film shows what they advocate can be cruel to those who are caught in their moral trips.

The debut feature of Jamie Babbit is unabashedly awkward and to make matters worse, she can’t get the cast to stop mugging for the camera. The comedy was lame, the characters were not interesting, only the idea was good if it could have been developed into a story with more dimensions than the one it belabored. The stupidity of trying to force someone against their will from being a homosexual, is treated as a heavy-handed ‘Saturday Night Live’ satire routine. There was not enough of a story for it to be released as a movie. It was painful to watch this kind of kitsch for 80 or so minutes, which seemed to drag on for a hellish eternity. It is just as torturous watching this film, as it probably is going through such an indoctrination program.

A typical high school cheerleader in a suburban setting, the sweet, innocent Megan (Natasha Lyonne), is driven home by her handsome high school football player boyfriend Jared (Brandt Willie) to find her family and friends gathered in the living room. They talk her into going to a rehabilitation camp for homosexuals aptly named True Directions by presenting her with the evidence of her lesbianism – her vegetarianism, her Melissa Etheridge poster, and her lack of responsiveness to her boyfriend’s tongue kisses (while kissing him, she is looking longingly over at the cheerleaders). Megan, who just wants to be normal, is trapped by her self-righteous parents (Mink Stole & Bud Cort), the dullness of the people in her suburban community, and with the community’s biblically defined gender roles offering no room for another viewpoint.

The camp offers a 5-Step Program to rid one of homosexuality. The camp director, Mary Brown (Cathy Moriarty), is the rigid martinet and is a one-dimensional walking cliché. Eddie Cibrian as Rock, is Mary’s overtly queer son whom she pretends is a heterosexual. He is used as a demonstrator for sexual correctness exercises in the program. He is also the groundskeeper making sexual gestures with his chain-saw, who camps it up to the point of his performance going over-the-top. RuPaul Charles is the ex-gay counselor, whose job is to straighten out the men … his exaggerated gait and suppressed gay tendencies never materialized as funny stuff, just a bad script he was stuck with which was made more unbearable by his obnoxious behavior. All the boys in the camp were sorry sights, offering neither comedy nor viewer concern for them. While the girls were all forgettable types, except for the one rebel whom Megan will fall for, Graham (Clea DuVall). Clea is the only one in the film who belonged in this satire and made the most of her role as the rich bitchy girl who knows damn well that she’s a lesbo, but also knows that if she doesn’t go through with this farce of a rehab program her parents will take away the trust fund she stands to inherit.

The absurdity of the film is highlighted in its loud set designs, as the girls are overwhelmed with garish pink and tangerine colored outfits and room furnishings; the boys are furnished with this hideous bright blue color. The other absurdity is in how meaningless it is to graduate from a program such as this one. Of course Megan, who wasn’t gay to begin with, realizes that maybe she could be gay as a result of this treatment.

After trying unsuccessfully to get laughs for the first half of the film, it starts to take itself seriously; but the story line is so absurd, that there really is no sound message that can be delivered. Everything about it is strained. Natasha Lyonne was miscast, she couldn’t pull off what was required of the role to be someone who awakens in a subtle way to find out who she really is. Natasha seemed to be going for the hammy sweetness she thought her role required and when the comedy part of the film was over and she had the hots for Graham, there was no spark on the screen to give the affair any life. The story seemed to be artificially manufactured and it seemed to be telling its one joke to an audience they believe will be sympathetic. The problem with that is, the one-note joke ran dry.

I just couldn’t wait for the film to end. If you are going to make a campy B-movie, then it takes more than over-the-top performances to make it funny. I’ll take my campy films with no pretenses to art … just let it be a film that is hilarious (OK, just funny will do!). 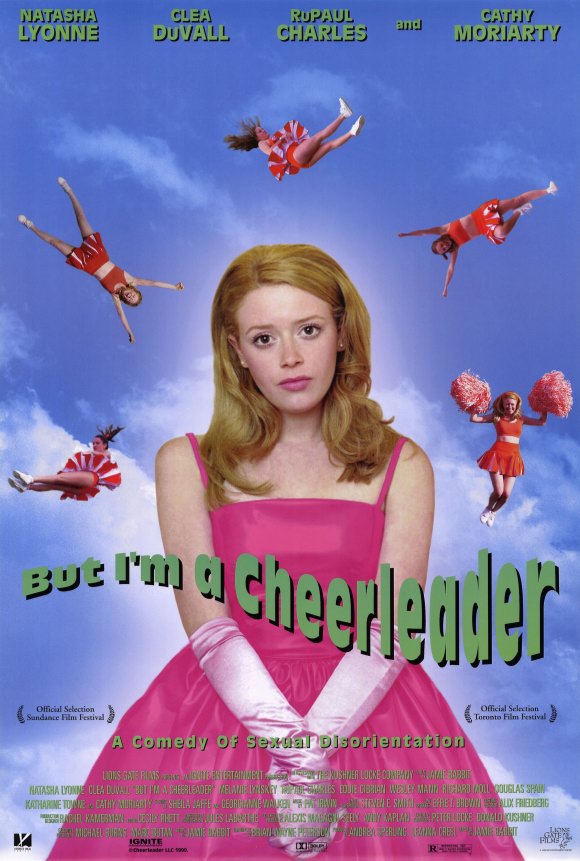