A DAY IN THE COUNTRY (PARTIE DE CAMPAGNE)

“Plays out delightfully as an impressionist picture that sings out to us the sensuous nature of the country.”

Unfinished as a full length feature due to rainy weather, with the delays causing Renoir to move on to film his next project. Nevertheless it’s perfect as a short film. The Jean Renoir (“The Rules of the Game”/”Toni”/”The Grand Illusion”)lyrical adaptation of a Guy de Maupassant ironical short story is one of the better romantic idyllic country films ever made.

In 1860, on Sunday, a hardworking Parisian tradesmanMonsieur Dufour (Andre Gabriello) borrows a milk cart from the milkman and takes his family for their annual summer country picnic. The giddy wife Madame Juliette Dufour (Jeanne Marken), the pretty young daughter Henriette (Sylvia Bataille), the senile granny (Gabrielle Fontan) and the awkward young shop boy Anatole (Paul Temps) are happy to breathe fresh air, hear the birds sing and smell the flowers after finding the perfect spot by Poulain’s riverside inn, where they picnic under a cherry tree, go boating and fish. Two country Lotharios, Henri (George Saint-Saens) and Rodolphe (Jacques Borel), make a play for the daughter and mother. Henriette is briefly seduced in a spot where a nightingale sings, by the charming Henri, only to end up in a loveless marriage with the dullard Anatole and is filled with a lot of regrets and happy memories of that picnic day as she returns on a visit many years later and meets the lovesick Henri.

It plays out delightfully as an impressionist picture that sings out to us the sensuous nature of the country.

Though it was filmed in 1936, in the beautiful Loing countryside, it wasn’t released until after the war in 1946. 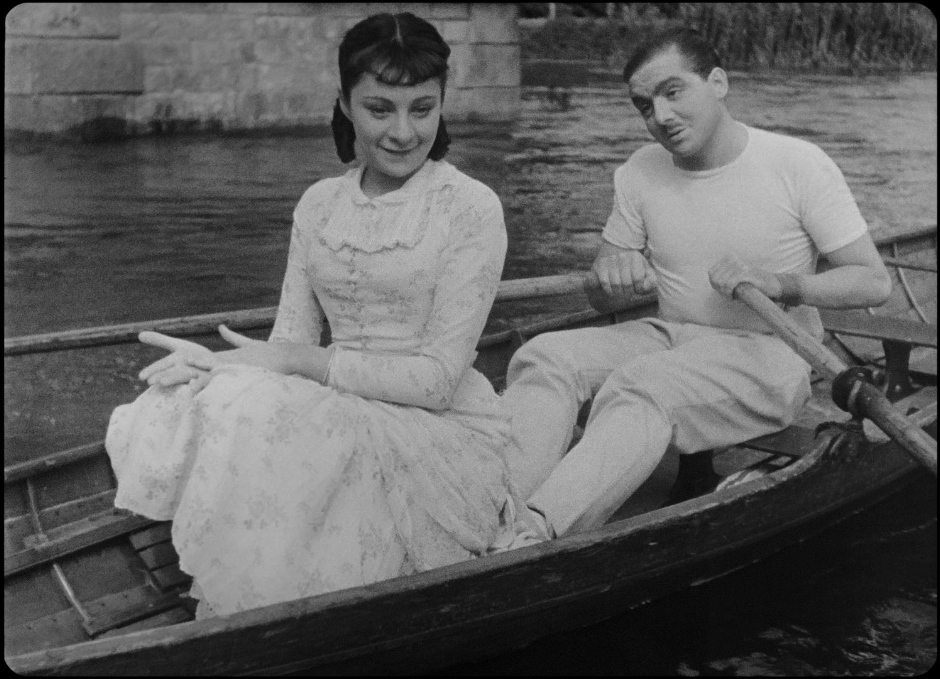