Aussie actor-turned-director Joel Edgerton (“The Gift”) bases his well-intentioned but somewhat flat film on the memoir by Garrard Conley.

It tells of how dehumanizing is gay conversion therapy, as the film changes the names in the narrative used in the memoir (Conley goes by the name Jared). Jared (Lucas Hedges) is a 19-year-old college student sent by his concerned southern parents–his devout Christian mother Nancy (Nicole Kidman) and his Baptist pastor father Marshall Eamons (Russell Crowe)–to a gay conversion center called “Love in Action,” after he is outed by fellow students.

Some kids at the center obey the directives, others resist and still others keep to themselves their inner thoughts. When counselors such as Brandon (Flea) abuse the boys so they will convert, the film is hard to watch. Yet there are also some amazingly tender scenes. The other kids in the program with Jared are richly played by Xavier Dolan, Britton Sear, and Jesse Latourette. In Jared we see a kid who is scared, and in his bewilderment at the process is defiant. His father is the religious fanatic who thinks he is really helping his son with this harsh therapy, while mom is a more complex person who accepts her son and questions how she could dwell in a male-dominated community and go along with hubby’s cruel treatment of their son.

The true story rightly questions this archaic method of therapy and tries to be a positive influence for viewers in the Bible Belt states, where this sort of therapy has most of its advocates. The result is more of an educational film than an entertaining one. It sadly tells of misguided parents instead of accepting their children as they are forcing them into an identity crisis, where they hate themselves. Good performances aside, the troubling film probably tells what informed parents, humanitarians and gays already know about the evils of conversion therapy. It tells of a program designed by zealots that emulates Mao’s reprogramming of the bourgeois in the 1950s. 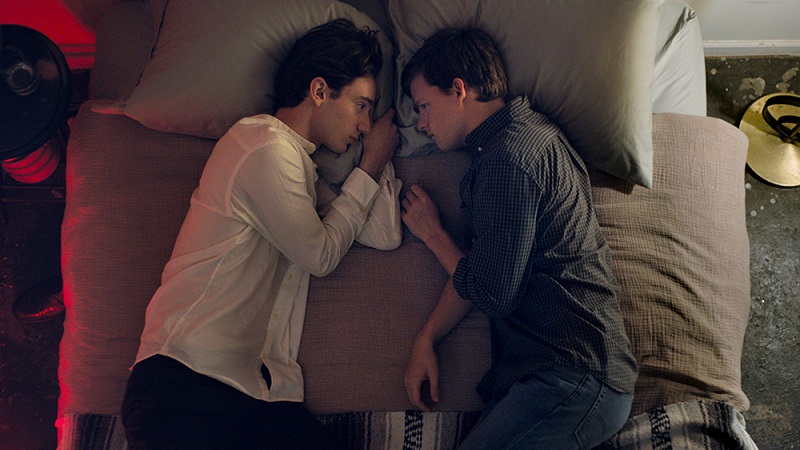 I WALKED WITH A ZOMBIE